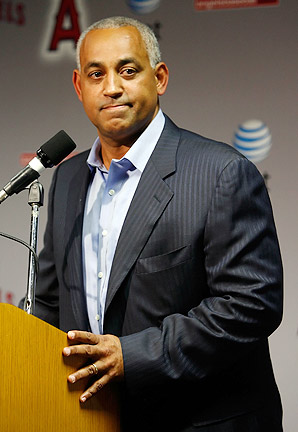 Last year the Florida Marlins finished just 5 games behind the Mets, despite spending over 125 million dollars less on payroll. With stronger up-the-middle defense from youngsters Hanley Ramirez and Dan Uggla and a surprisingly good pitching staff, the Fish finished a respectable third and stayed in contention longer than any ESPN analyst was comfortable admitting. Despite their impressive success last season, however, Michael Hill & Co. must continue to assemble the best team possible on what is far and away the smallest payroll in baseball.

Not unsurprisingly then, the Marlins have had a pretty uneventful winter. Through two trades, they've picked up uninspiring reliever Leo Nunez and a package of Nats, including 2B Emilio Bonifacio, RHP P.J. Dean, and SS Jake Smolinski. Although most Mets fans would be hard pressed to identify any one of them, these players have facilitated subtle but critical improvement for the Marlins. In fact, the Marlins may be the most improved team in the National League East this off-season and have actually cut payroll getting there.

First let's see how the financially advantaged Mets have fared. To date, Minaya's biggest move is the K-Rod signing, in which he got a "deal", overpaying him at 6 million per win. This contract can be justified, given the market collapse and the Mets' payroll room, but it's not the crowning achievement of a great offseason.  Neither is the J.J. Putz trade. Despite the potential good it does for the bullpen, the difference between Putz and Heilman (1-1.5 wins) may be the difference between Endy Chavez and Jeremy Reed's fielding. Coupled with the Cora and Redding signings, Minaya has added nearly 23 million in 2009 payroll for about 4 WAR. That's not efficient, and considering Minaya's intention to sign Oliver Perez for way more than he's worth, this offseason could be considered one big misallocation of resources.

The Marlins don't have that same 23 million to spend on free agents. They don't even have that same 23 million to spend on their whole team. The Marlins' three trades, Gregg for Ceda, Hermida and Olsen for Nats, and Jacobs for Nunez were all intended to cut payroll by avoiding arbitration. Logically, this strategy would make a team worse, but the Marlins have seemingly improved.

By cutting ties with Willingham and Jacobs, the Marlins can take a page from the Ray's playbook and realign their defense. Assuming they shift their infield to 1B Cantu-2B Uggla-SS Amazega-3B Ramirez,  they can improve by nearly 2 wins. Jacobs is a terrible firstbaseman, the difference between him and Cantu being approximately 10 runs in the field. Amezega makes a much better shortstop than Hanley and Hanley figures to field third better than Cantu. These shifts could equal more than a 20 run improvement in total, the only functional tradeoff being between Jacobs and Amezaga's bat.

Willingham is a similar case in the outfield. Although fielding metrics differ on Willingham, the alignment of LF Hermida-CF Maybin-RF Ross is almost certainly better, certainly with more upside. Scott Olsen was no big loss either. Although he's young and seemingly improving, Olsen has steadily declined in skill and could be easily replaced with Rick VandenHurk, or the like.

In total the Marlins have improved by about 3 wins, nearly as much as the Mets, while saving money. In the best buyer's market in recent history, a cash-loaded Mets organization has been upstaged by a team, which collectively doesn't make as much as our best pitcher. Omar, you're losing to a guy who doesn't have his picture on the internet.