How Will The Mets Pay For Alex Cora And Chris Coste?

Share All sharing options for: How Will The Mets Pay For Alex Cora And Chris Coste?

Normally I wouldn't post something like this, seeing as this isn't Amazin' Avenue LiveJournal, but it's too hard to resist. A special guest unexpectedly appeared this past weekend at my sister's wedding: 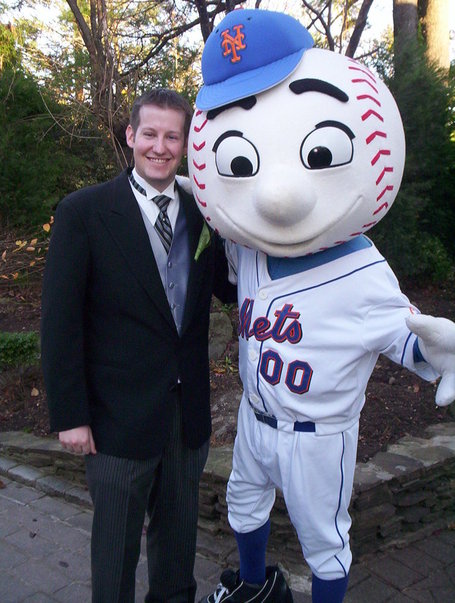 That's me on the left, you-know-who on the right. 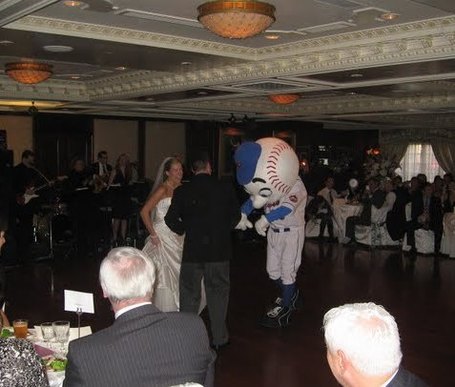 Mr. Met was quite the dancer. He entered to "Centerfield" by John Fogerty and hung around long enough to take photos with almost every guest, 80-85% of whom are Mets fans.

My sister booked him for the wedding way back in March and somehow managed to keep it a secret from everyone until her big day. Apparently the appearance fee was large enough to spur today's Alex Cora/Chris Coste spending spree. Book him for your next event and maybe we'll see Matt Holliday signed by New Year's.