Not to complain about a minor-league deal, but:

So, Dessens could potentially earn $850,000 if makes the team out of Spring Training. Just to reinforce what kind of improvements we should expect from Elmer, at age 40, on his 5.33 FIP 2009 season: 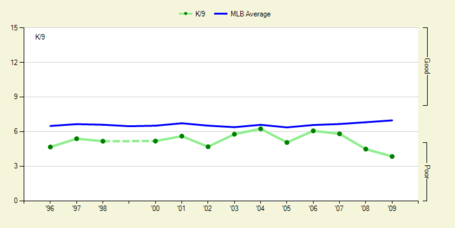 Just a minor thing, but a nice illustration of how a poorly run organization spends at the fringes. In summary: if the Mets suffer an injury in their already thin bullpen, they will pay Elmer Dessens roughly Adam Everett's salary with the Tigers to make the team worse.