Way back at the start of the season we posted a reader contest in which entrants had to predict which of two numbers would be bigger for the 2009. For example:

Beltran's UZR was -4.8 and Endy's was +7.8 so if the entrant chose Endy he/she would earn a point. The votes have finally been tallied and a winner named: RIPShea, with ten points out of a possible sixteen. In the spirit of the holidays, RIPShea took part in a one man White Elephant Gift Exchange (or Yankee Swap, if you prefer). The choices were some of my favorite books or publications that I have multiple copies of for various reasons. They are all in brand new condition:

Our winner mulled it over and went with the clear choice: the 1992 Mets Media Guide. It's possible that RIPShea has read or already owns the first four books and went with the media guide by default. However, I'd like to think the "Worst Team Money Could Buy" holds a special place in his and every Met fan's heart. Great choice and thanks to everyone who participated. 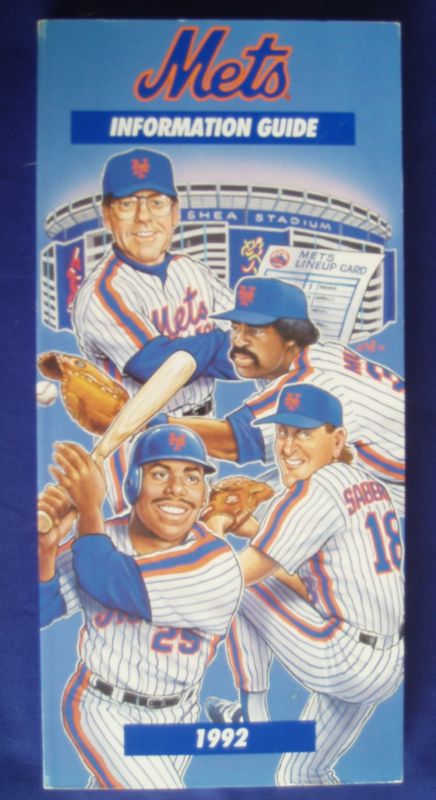