A Modest Proposal To Fix The Mets

Share All sharing options for: A Modest Proposal To Fix The Mets

Clearly the Mets are broken. Currently at 10-12, my advanced projections systems see them finishing a meager 74-88, far behind the disappointing Mets teams of recent history. To this point, most Mets fans and media members have shown surprising patience. It has become exceedingly clear to me and a few others, however, that the time for massive restructuring of the roster is now. Since a few of my respected colleagues have already explained their well-researched and logically-sound plans to fix this terrible team, I thought I'd throw mine into the fold.

First the problem: the Mets "lack heart". While many on this site have backlashed, and deservedly so, at the concept of the Mets "lacking heart," there can be no other explanation. Clearly the talent for a championship run is there. If anyone watched the Mets last year, the bullpen was the problem. Once Mr. Minaya addressed the bullpen, logically, all deficiencies in talent were solved. Furthermore, Jerry Manuel has proven himself a more than competent manager. The players Mr. Manuel reaches out to respond, as evidenced by Omir Santos' .500 Slugging Percentage.

So in line with Eric's statement that "This is not a stats-first site, it's a facts-first site.", I have undergone some medical research as to what it means to "have heart." As per the medical journal, Wikipedia:

The heart is a muscular organ in all vertebrates responsible for pumping blood through the blood vessels by repeated, rhythmic contractions, or a similar structure in annelids, mollusks, and arthropods.

At first I thought this definition was the key to our problems. Blood flow is a necessary part of any functioning human body. The lifeless forms of the Mets players, however, still exhibit basic motor functions, suggesting each player's heart still pumps blood.

So I dug deeper, studying at length the various components of the human heart, to discover what exactly the Mets players lack. My results were surprising and can be summarized by the chart below: 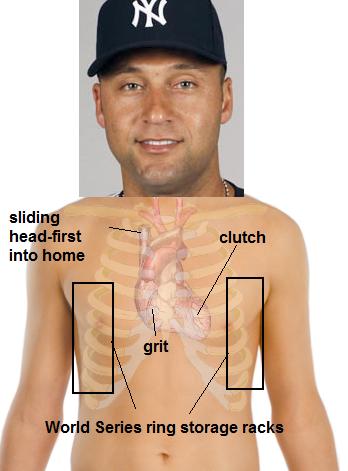 David Wright, Jose Reyes, and the like seem to lack one or more of these components, most likely the right ventricle, known to enable hitting with runners in scoring position. This anatomy also explains Johan Santana's dominance to this point, as the World Series ring storage racks begin to deteriorate at age 30 unless utilized.

These physiological processes, however, can be extremely hard to identify from the outside. To solve this problem, I've developed a hit-f/x system that analyzes footage through a special camera, identifies several variables, and determines whether or not a player "lacks heart". To demonstrate, I've analyzed David Eckstein's one home run with the Blue Jays last year. 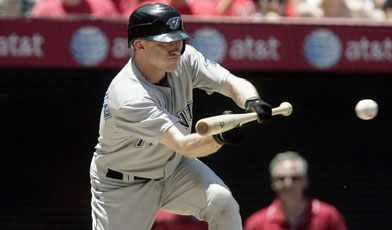 Looks like a typical power swing, right? Wrong. Let's break it down: 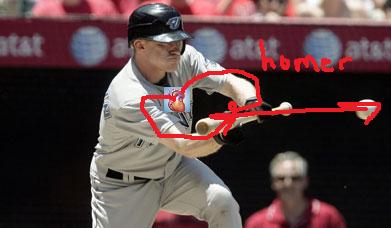 His arms, from left to right, sit at 62.353 and 54.332 degrees respectively. Blood from the Grit and Clutch centers flow perfectly to his knuckles, which will connect with the ball for a flawless bunt homerun.You didn't want Wright to bunt with Beltran and Sheffield on in the 9th the other day? I bet you wouldn't be saying that if the ball had ended up in the stands.

It's selfish plays like that, trying to get the more attractive swinging homerun when the bunting homer suffices, that inflate LOBs and tear clubhouses apart. Check out what hit-f/x says about Wright: 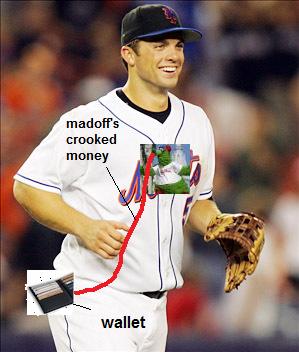 The solution is clear. Minaya needs to make all minor leaguers take physicals, specifically heart x-rays, in an attempt to find the next Omir Santos. Secondly, Mr. Minaya should trade all "heartless" players (Wright, Reyes, Beltran) to teams who don't have access to this kind of advanced data. That should be no problem, as Minaya is known for his openness to cutting-edge analysis and his ability to find undervalued role-players. I would give specific trade suggestions, but I trust Minaya...more than I trust the Mets anyway.