Thank You Fenway Park For The Weekend "Power Surge"

Share All sharing options for: Thank You Fenway Park For The Weekend "Power Surge"

On the recent 10-game road trip, the Mets hit just 3 home runs.  This is even more unimpressive when you consider the distance of these home runs, which were all hit at Fenway Park (via Hit Tracker):

Friday - Gary "The Departed" Sheffield hits a 322 foot homer which would be gone in just 1 other ballpark: 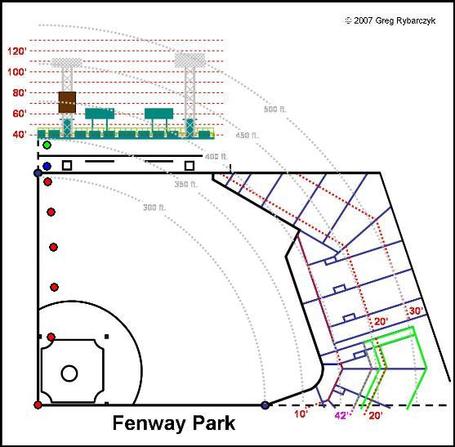 Saturday - Omir "Gone Baby Gone" Santos owns Jonathan Papelbon with a game winning 387 foot home run.  It would be gone in 12 other ballparks: 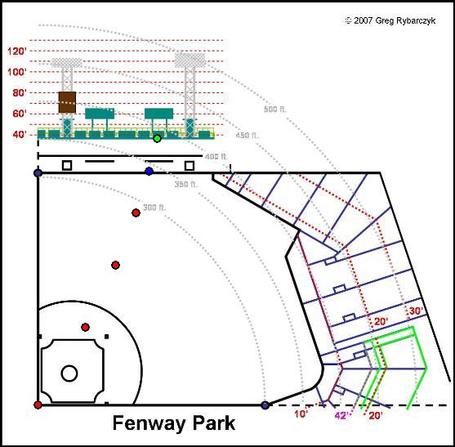 Sunday - Ramon "Boondock Saint" Castro plops one 324 feet over the Green Monster.  It would be a home run in just 3 other ballparks: 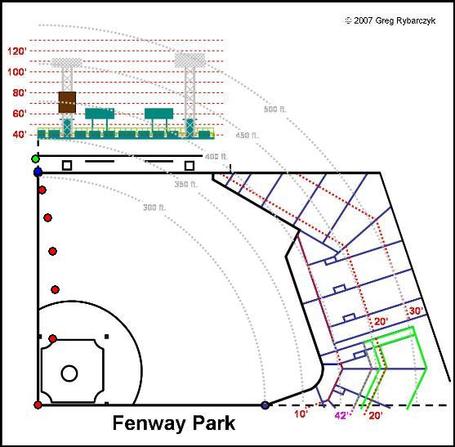 The Mets have hit just 30 home runs this season, and only the inept Giants have hit less.  Despite this, the Mets are a respectable 5th place in the league in runs/game, mostly because of their terrific .365 on-base %.  With Carlos Delgado sidelined until at least August, home runs should remain in short supply.  Gary Sheffield has stepped his game up recently though, batting .375/.480/.650 with 3 home runs since Delgado went down.  Remember early in the season, when Sheffield showed up overweight because he didn't expect to play the field at all this year?  He was basically forced to get himself into shape.  Maybe Sheff's conditioning efforts have also paid dividends for his hitting, as he has certainly improved at the plate since Opening Day.  More good news is that David Wright's HR/FB% is uncharacteristically low (6.8%), meaning we should see a home run binge from Dub in the near future.