Share All sharing options for: The French Connection: Mets 4, Reds 0 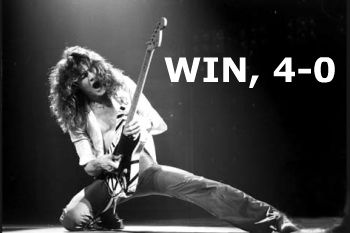 The Jeff Francoeur Era at Citi Field began tonight with a bloop opposite-field single to right that drove in the first two runs of the game and ended with a 4-0 Mets victory. Francoeur added an infield single in the seventh before being erased on an awkward caught-stealing. All told he saw 17 pitches in four plate appearances and handled two flyballs without incident. An auspicious beginning for Frenchy, who was personable enough in pregame interviews and seems happy to be out of Atlanta.

Johan Santana was very good tonight, striking out five over seven innings while walking just one and allowing five hits. His fastball averaged 90.4 MPH and topped out at 92.9 MPH. His average fastball speed this season has been 90.8, down from 91.0 last year and 91.8 in 2006. For this game, his pitches were about a half-tick slower than they were in his last outing against the Phillies, but his max speed was a little faster this time around and he did have a bit more velocity on his fastball early on than he did at the start of the Philly game. Here are the velocity trend graphs from those two outings: 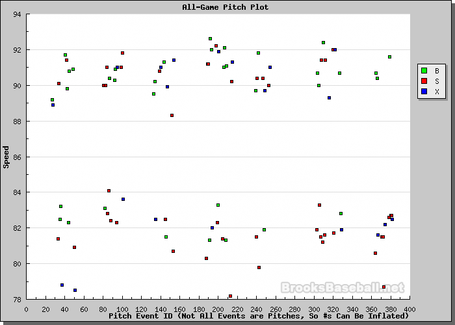 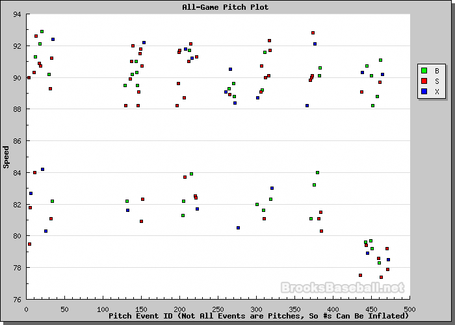 The top part of the graph represnts Santana's fastballs, and left-to-right is the progression of the game. In the Philly game his fastball velocity was pretty consistent through his seven innings. In tonight's game his fastball was up early on and then tailed off as the game wore on. Look at the left-most group of pitches in tonight's chart; it's a couple of notches higher overall than the rest of the game. Maybe he was just excited to pitch in front of Francoeur.

And the bottom four:

It could be a long second half, but it's a win for tonight and just one more game until the All-Star break. 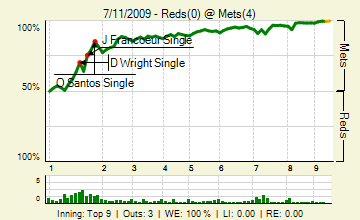