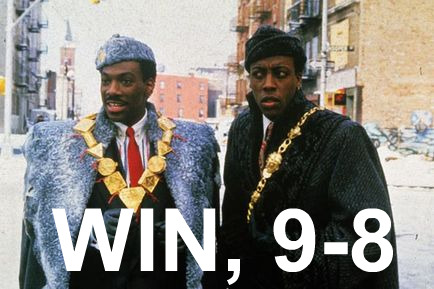 This game was just grission to the max. Tim Redding was terrible as usual, but the Mets' offense was explosive, unlike usual. Francisco Rodriguez was awful, unlike usual. Fernando Tatis and Ryan Church were heroes, also unlike usual.

1.5 games back pending tonight's Phillies/Braves game. The Mets could head to Philadelphia Friday night just a game back of the Phillies (and the Marlins), though at worst they'll be two games behind. 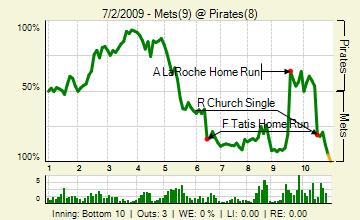 Nice job by guy endore-kaiser; his effort in the game thread embiggens us all.