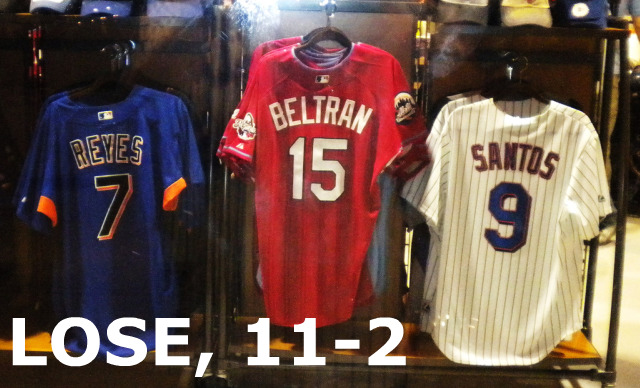 The Mets dropped yet another nailbiter at Citi Field on Thursday night, as the Dodgers practically willed themselves to an 11-2 squeaker. Livan Hernandez scattered eleven hits and four walks over four solid if unspectacular innings, but kept the Mets in the game by only allowing eight of those baserunners to cross the plate. How does he do it? Guile, mostly. And ham. But he's a gamer, and even when he doesn't have his best stuff he finds a way to limit the damage.

Take tonight for example. Hernandez was clearly without his usual A+ material, but you don't throw more innings since 2000 than any other pitcher in the game without having a few tricks up your sleeve. You just knew that when he took the mound to start the top of the first that he gave himself a little pep talk -- all good veteran pitchers do -- and said, "Livan: we need this one tonight. The team has been struggling and we could really use a series victory against these guys. You can do this. Whatever it takes, on average, no more than two runs allowed per inning. If you can do that, then ham. Got it? Good. It's go time. Let's rock and roll."

That's all it took! He ran out of that dugout with a solid game plan and he just flat out executed it. That's how it's done, folks. This is why Jon Niese sucks and Livan is the king. Did you look at the boxscore? Four innings, eight runs. Eight divided by four? It's two, baby! And what did Livan tell himself during the pep talk I just made up right now? Exactly. Two runs per inning. Boo to the yah. 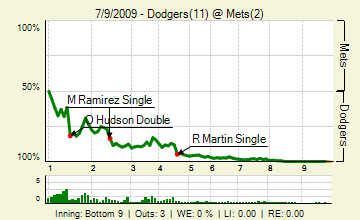