Share All sharing options for: Pat Misch Runs Out Of Tricks: Marlins 6, Mets 3 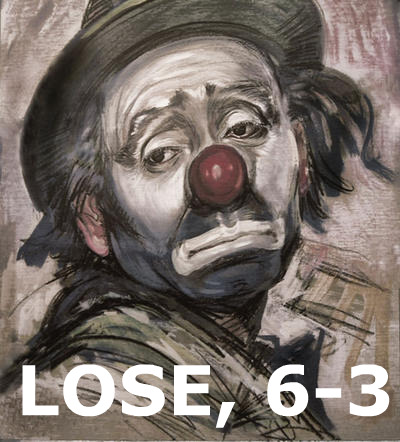 The Mets managed just four hits and three walks against Ricky Nolasco & Co. on Wednesday night as the Marlins took the second game of the series at Citi Field, 6-3. Two double-plays meant the Mets sent to the plate just five batters more than the absolute minimum required to complete a nine-inning game. After two good starts, Pat Misch remembered that he was Pat Misch and allowed five runs on six hits in six innings, including a back-breaking three-run homerun by Cody Ross in the first and a solo shot to Dan Uggla in the sixth.

The problem with Misch is that he isn't particularly good at anything. He doesn't generate swinging strikes or called strikes with any useful frequency. His control isn't fantastic. He's not a groundball pitcher and gives up plenty of homeruns. I'm not a talent evaluator and I no lobby for anyone's job here, but Misch is not a future anything as far as I can discern. He'll make some starts this month and eat up some of those really important September innings for a team well out of the playoff race. You could have worse players filling up space on your Triple-A team, but if Misch is in the rotation picture for 2010 the Mets will be in big trouble.

Bobby Parnell takes on Sean West in the series finale at 7:10pm on Thursday. 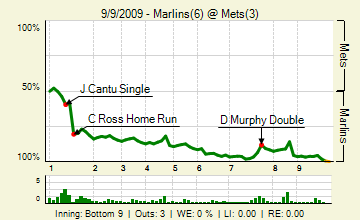