New York Post Mets Back Pages Of The 2000s

Thanks to headlines like "Headless Body In Topless Bar" and "Axis Of Weasel", New York Post front and back pages are a cultural staple. The job of Post headline writer might be one of the most coveted in the city. I wonder if there is a celebration in the newsroom when players with names tailor-made for the tabloids, like J.J. Putz and Jason Bay, are acquired. There's probably a bottle of Champagne waiting to be uncorked on the day Dick Pole is hired as Mets pitching coach. The Post recently compiled the best back pages of the 2000s (the back page cover is sports related). Here are the Mets-themed covers, most of which are depressing, unfortunately:

October 23, 2000: In a shocking development, Wallace Matthews rips the Mets. 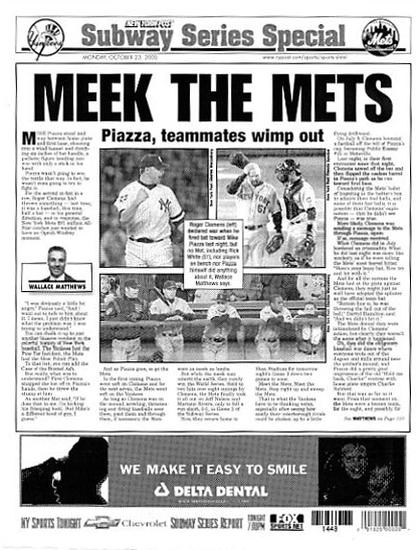 May 5, 2002: In Matthews's finest hour, he severed ties with The Post after expressing displeasure with the paper's coverage of this non-story. Credit where credit is due. 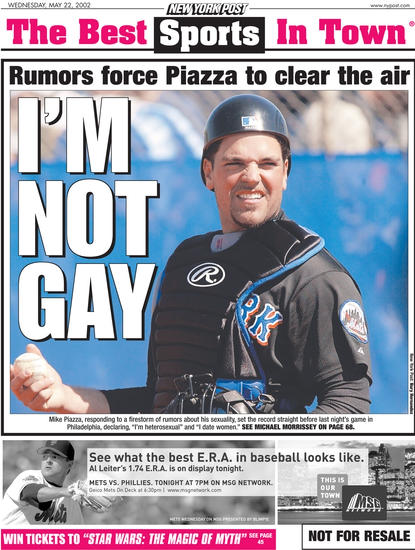 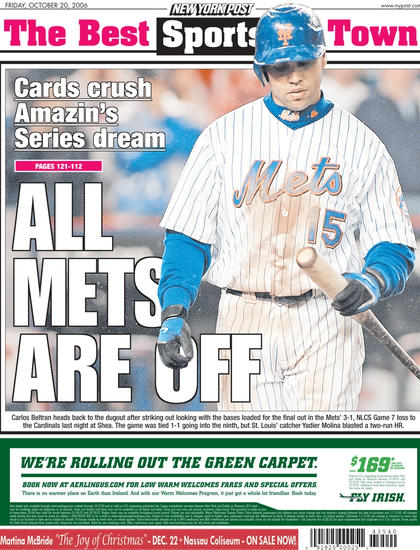 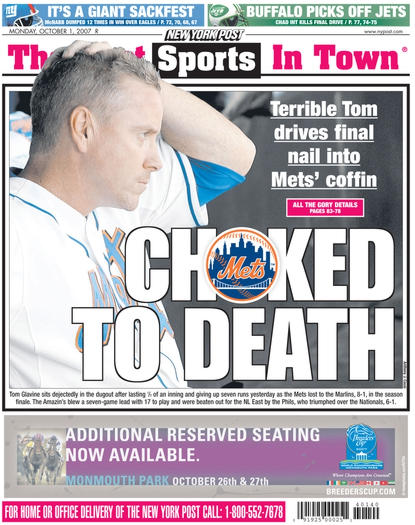 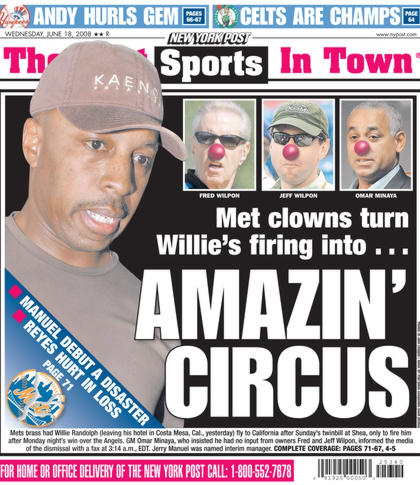 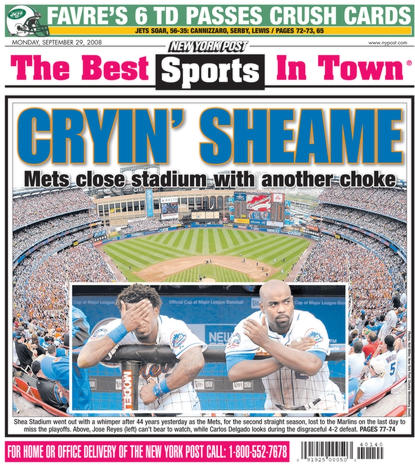 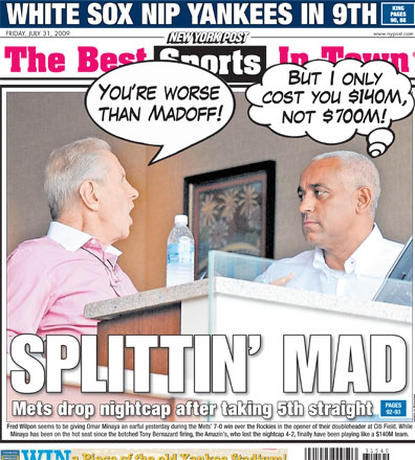 Here's a good one that didn't make the Post's list of negativity:

August 9, 2006: Even better was the game that night, featuring two Mike Piazza homers, Pedro Martinez dominance and a Mets win. 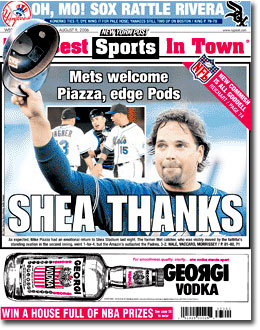 And one more non-Mets cover for good measure: 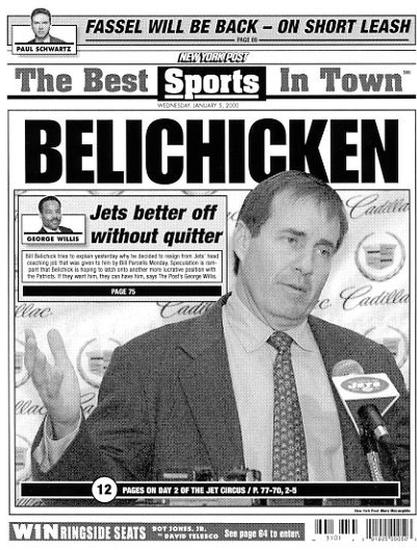