Prologue: As you probably already heard, Oliver Perez is training at the world-renowned Athletes Performance Institute  this winter. Hoping to make a good long-term return on my Ollie jersey on eBay, I traveled to Arizona to check on his progress.

I arrived at Phoenix Sky Harbor international sometime in the afternoon and took a cab straight to the API, hoping to make it before it closed.  Upon reaching the complex, the sun was setting over the desert and only a few cars remained in the parking lot. The lights were on but no one was home, as it were. 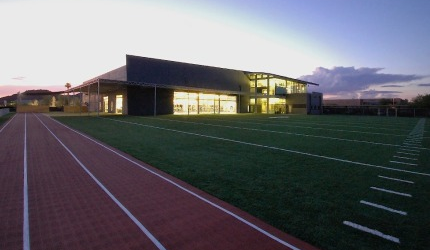 Still, even vacant, the facility was extremely impressive. I left before I set off the sprinklers and got arrested. 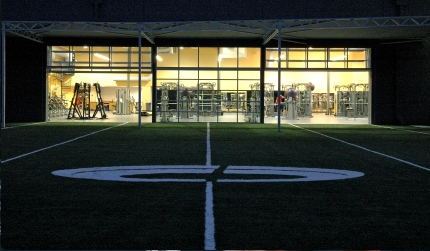 Tempe, Arizona is a fairly nice suburbof Phoenix, basically ASU's main campus and a line of reflection-pool-glass office buildings deflecting sun into the Salt River. My digs were pretty nice--the Tempe Mission Palms Hotel, 3.5 stars, with all the amenities that implies. The room was a SBNation expense, probably a first, considering the phone call that secured the funding. A week earlier I had spoken with SBN CEO Jim Bankoff, a conversation that struggled getting past "Who are you??" and "How did you get this number?"  I explained that I had been credentialized for the Indianapolis Winter Meetings, and what a great opportunity it was for SBN to be represented at such a huge media event, blah blah. With tempered enthusiasm, Bankoff financed my hotel, and obviously hadn't asked the accounting department which city I had requested.

The following day I headed to the API quickly to catch Oliver before he was too busy, or at least find out from the receptionist when he normally arrived.  Yet, I parked in an empty lot. Walking up to the front to find out the hours, the automatic door swung upon. Every light was still on, ostensibly since I snuck in last night, but still no one appeared. 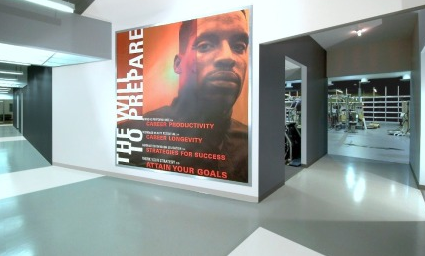 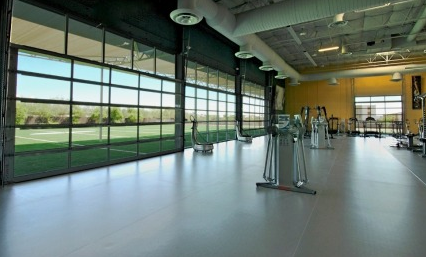 Even his most likely hangout was deserted. 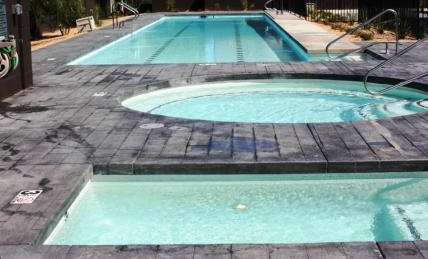 Returning to Mission Palms, I asked the folks at the front desk what they knew about the Athletes Performance Institute and the wacky hours it kept. The receptionists exchanged concerned glances before informing me that they had never heard of such a place. I turned and considered what was next. The only other person in the lobby was reading a map.  He looked vaguely familiar--he had one of those faces.

I woke the next morning and headed downstairs for the continental breakfast. The dining room was crowded with burnt-orange sweaters; apparently Texas was playing ASU today, which explained why I had parked between with Travis and Caldwell county plates. The invading army from the east had seized all the tables, but a nice older couple saw my predicament and offered up a seat. The wife, wearing an oversized scarf emblazoned with the longhorn logo, quietly attended to her eggs while the husband gave me the friendly round of twenty questions. Not know much of anything about college football, I tried to think of a way to work how much I loved Vince Young into the conversation.

"You're not here for the game, huh, are you visiting the school?"

"No, sir. I'm actually looking for a young Mexican man I've never met, and he's been diffic ult to find."

"Well you're doing a great service, son, Down in Texas, our minutemen are overworked, patrolling the whole damn border with no help from the folks in Washington." I realized where the conversation was going much too late, so decided to roll with it.

"I reckon...the story's always the same: he comes here, steals a job that he never should have been considered for, a job that any random American citizen could do just as well, and runs off with the money back to Mexico. Now that he's already here, he says he'll work hard to do it the right way like everybody else, but it's too late...and everyone wants him, and the short-sighted fool that hired him, gone."

"Wow. That's a unbelievably accurate description of the situation, actually."

I got in the car (a hot red Dodge Magnum, what I imagine Kenny Powers' hearse will look like) to take a ride along interstate 10 to enjoy the desert air. Cruising along nicely, about ten miles outside of Tempe, an Arizona highway patrol officer pulled up behind me and turned on the siren. My heart sunk--the only other time I had been pulled over I got off with a warning for going 50 in a 40 mph zone, despite almost peeing my pants, fumbling to find my car's registration. To complicate matters, although I had my license, technically one has to be twenty-five to drive a rental car in the US (for liability reasons) and as such the car was registered under "James Cannonglaser."

I pulled over and the officer slowly approached the car.

"Boy, do you know how fast you were going?"

"Tennessee, huh. What brings you to Arizona?"

"Oliver Perez," I stated bluntly, as if I expected him to understand who that was or what I meant. Surprisingly, however, the sound of Ollie's name turned his face grave and caused him to ask:

"Can you step outside of the vehicle." He patted me down on the side of the car and told me he'd have to take me down to the station. "A tow truck will get your car."

I read the serial number of the car 2-1-7-7-5-9-0 over and over, musing whether the right to remain silent and my one phone call was a real thing or just on TV. Other relevant questions entered my head like, "Do all speeders get taken to the station?" "Will this affect James Cannonglaser's criminal record?" and "How does Jim Bankoff fit into all of this?" And then the last thing I remember was the car banking hard left and the screeching brakes. When I woke up a face, looking down on me, eclipsed the midday desert sun.