A Few Reasons to Be Thankful, Historically Speaking

Share All sharing options for: A Few Reasons to Be Thankful, Historically Speaking 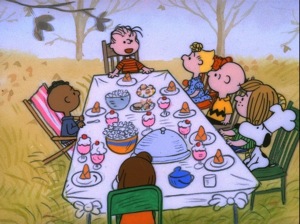 When it comes to the Mets, this year I am thankful that the team's front office is in capable hands. If you told me this time last year that they'd be led by Sandy Alderson, J.P. Ricciardi, and Paul DePodesta--well, first of all I'd wonder how you could see into the future or had acquired the ability to time travel. And even if I got over that shock, I doubt I'd believe you. Brainpower has rarely been their strong suit. Other than the Frank Cashen years and the very brief Bing Devine regime (which led to the 1969 Mets), it's hard to argue the Mets have ever had much of a team building philosophy

Although, to be fair, having any kind of brainpower in a baseball front office is a relatively recent innovation, if you can call it that. Baseball teams used to be run much more like family businesses, in the worst possible way, where the owner's cousin or golfing buddy's nephew would get front office jobs because that's how just how things worked. It was thought any dummy could could do it, and the game managed to continue largely because everyone was equally dumb.

Read the Bill James Historical Baseball Abstract or Total Ballclubs some time, and you will marvel at the idiotic reasons players were once traded. Such an environment allowed the rare baseball mind (like Branch Rickey) to run roughshod over the competition. It really wasn't until Alderson took over the A's operation that the idea that a team should be run like a for-real business--including the use of R&D--really took hold.

With this in mind, I thought it might be instructive to look back over Thanksgivings past and see what kind of transactions and milestones the Mets were involved in from year-to-year. I looked up what happened during the week of Thanksgiving every year from 1962 to 2009 to see the cumulative results.

This includes trades, signings, births, and deaths. It involves player personnel only; looking up similar info on managers and execs was, frankly, too damn hard. Happily, I found no Mets-related death info. And as Adam Rubin pointed out, there's one important Mets-related birth this week that predates the franchise's existence: owner Fred Wilpon was born on November 22, 1936. I'll leave it to the reader to decide for him/herself where that falls on the scale of good, bad, or indifferent.

Amazingly, for a team with a history of making terrible decisions, the Mets' track record during this period is halfway decent. Most of the moves they've made--like most of the moves any team makes--are negligible. There are some good ones, some really good ones, and only one move that I would truly call a mistake, both for how it looked at the time and how it looks now. (I think you'll be able to spot this one pretty easily; you are probably shaking your fist about it as we speak.) And of course, it will be a while before we can judge this week's move of note, the hiring of Terry Collins as their new manager.

So Thanksgiving week has been fairly kind to the New York Mets. We can all be thankful for that.

November 23, 1964: Warren Spahn is purchased from the Milwaukee Braves. The following season, after compiling a subpar 4-12 record in 20 appearances (19 of them starts), the legendary lefty is released on July 17. He finishes out the season with San Francisco, then retires with an astounding 363 wins on his ledger. The closest any pitcher has come to equaling that number since is Greg Maddux, with 355.

November 25, 1965: Tom Parsons sent to the Houston Astros to complete a trade the Mets made on October 19 involving cash and a player to be named later. The player they acquire in the deal: Jerry Grote.

November 22, 1972: Jay Payton is born. After struggling with injuries for much of his minor league career, Payton finally breaks through in 2000 and becomes a major contributor to the NL pennant-winning team. He did not have a huge amount of hits in the postseason, but the few ones he had were huge (game 2 of both the NLDS and NLCS spring to mind). Payton patrols the Shea outfield until a deadline deal in 2002 sends him to Colorado.

November 22, 1984: Yusmeiro Petit is born. The Mets sign the Venezuelan native as a non-drafted free agent in 2001, and he will be involved in a future Thanksgiving transaction of note.

November 24, 1986: Sign free agent Bob Buchanan. This was typical of the team's signings of the time; the Mets were generally free agent-aphobes for the first 15 years or so of its existence (George Foster notwithstanding). Buchanan never pitched for them at the major league level, was next seen pitching two games for the Royals in 1989, and disappeared off the face of the baseball earth.

November 20, 1988: Trade Reggie Dobie to the Mariners and receive Chuck Carr in return, a deal that in retrospect benefits no one. Carr has a grand total of 13 at bats for the Mets in 1990 and 1991 before un-distinguishing himself elsewhere, while Dobie never makes the majors.

November 20, 1989: Sign Guillermo Garcia as a non-drafted free agent. Never appears in the bigs for the Mets and later only logs 46 at bats for the Reds and Marlins in 1998-1999 before hanging up his spikes.

November 19, 1990: Receive Paul Williams (not this Paul Williams, presumably) from the Red Sox, which completes a trade initiated on July 27 that sent the much hated Mike Marshall to Boston.

November 19, 1991: The Pirates claim Terry McDaniels off waivers. If you have no memory of Terry McDaniels, join the club. After 29 at bats for the 1991 Mets, he never appears in the majors again.

November 22, 1993: Sign free agent pitcher Mike Remlinger. After a few undistinguished seasons, they trade him away in 1995 for Cobi Cradle (yes, that Cobi Cradle). Remlinger would go on to enjoy some success as a lefty reliever, particularly with the Braves (and often at the Mets' expense).

November 24, 1993: Swap no-names with the Braves by sending Dave Gallagher to Atlanta in exchange for Pete Smith.

November 20, 1995: Sign Joe Ausanio and Chris Nabholz as free agents, neither of whom ever appear in the majors again.

November 19, 1996: Sign Alex Diaz as a free agent, only to release him the following April.

November 21, 1996: In their biggest flurry of Thanksgiving week activity so far, the Mets sign four free agents. Three of them (Steve Bieser, Jason Hardtke, and Andy Tomberlin) have negligible impact for New York. The fourth, Matt Franco, would become their best pinch hitter since Rusty Staub and cap off a memorable comeback against the Yankees in 1999.

November 24, 1997: After acquiring him in a trade with the Blue Jays the previous winter, the Mets sign John Olerud to a two-year deal. He'd bat an astonishing .354 in 1998 (just 9 points off his career high) and play a huge role in the team's miraculous 1999 playoff run.

November 22, 2000: Lose Jason Middlebrook when he's claimed on waivers by the Padres, which in retrospect was no real loss at all.

November 25, 2000: Sign veteran closer John Franco to a three-year deal. In the 2000 playoffs, Franco earned his first postseason save when he cleaned up Armando Benitez's mess in game 2 of the NLDS, and was the only Met pitcher to earn a win in that year's World Series.

November 20, 2001: Claim Saul Rivera off of waivers from the Twins. Rivera eventually went to Montreal in a convoluted trade (which was essentially Bruce Chen for Scott Strickland) and did not appear in the bigs until 2006, by which point the Expos had become the Nationals.

November 29, 2003: This didn't directly involve the Mets, but on this date, former Mets closer Jesse Orosco signed with the Diamondbacks. This was Orosco's last contract; he never pitched for Arizona and retired the following year.

November 24, 2005: Yusmeiro Petit, Mike Jacobs, and the immortal Grant Psomas are sent to Florida in exchange for Carlos Delgado and cash. One of the better deals of the Omar Minaya era, I'd say. It was good day to approach the Marlins, apparently, because this was the same day they sent Josh Beckett to Boston for Hanley Ramirez.

November 20, 2006: Henry Owens and Matt Lindstrom are sent to Florida in exchange for Adam Bostick and Jason Vargas, neither of whom have any real impact for the Mets.

November 21, 2006: Sign Moises Alou as a free agent. Alou could still hit, but was no more healthy for the Mets than he was for any other team he played for.

November 19, 2007: Luis Castillo is given a head-scratchingly onerous four-year contract. Pause here to rend the garment of your choice.

November 20, 2007: Guillermo Mota is traded to Milwaukee for Johnny Estrada, who is subsequently non-tendered, thus making the trade Mota for Mota not being on the Mets.