This idea was taken from WTM over at Bucs Dugout but I believe will give us some much needed information on Terry Collins. Its anyone's guess whether Terry Collins will use the same in-game tactics he used 12 years ago, but nevertheless it'll be interesting to study his past. The best managers, tactically speaking, are the ones who dabble in and do not overuse managerial tactics. Sabermetrics is very strong on managers letting the players play and not controlling the game from the dugout. No one really knows the extent of a manager's effects on his clubhouse atmosphere and player's psychological states leaving tactics as the only concrete area fans have to judge their manager. You can't quantify what isn't tangible.

All columns except for 2, 3 and 7 are taken from Baseball-Reference with the aforementioned columns being taken from "The Bill James Guide to Baseball Managers". The book was published in 1997 and therefore has no data on Collins' tenure as Angels manager. 1999 data was excluded due to Terry Collins' mid-season resignation. The plus denotes league normalization, and I scaled all results to 100 meaning above 100 is above average (the formula used is (x/Lg)*100). The Hit & Run column is not normalized.

There's no proof that it has any meaning, but I included wins added above Pythagorean win total in assessing Terry Collins. The theory is that managers who lead their teams to more wins than their Pythagorean record suggests added something intangible to that year's team. Overall, Collins does well in this category adding an extra five wins to his teams for an average of one extra win per season. Managers who consistently outperform their Pythagorean record might have actually figured something out that we do not know, but in Collins' case it just looks like random variation. At best, Collins actually adds some value to his team every year in ways not yet quantifiable, at worst the 5 wins are just a product of variance.

Collins used plenty of lineups every year looking for the best matchups and platoon advantages. In his first two years at the helm of the Astros, Collins platooned at an above average rate for the National League. In 1996, The Astros traded Luis Gonzalez and lacked a sufficient amount of left handed hitters to justify the use of platoons. The third category I have is of Collins' leadoff hitters' OBAs. In Houston, Collins consistently preferred batting the speedy guys leadoff as opposed to the high on-base guy. The truth is, he did the same in Anaheim, the only difference being in Anaheim his speed guys happened to get on on base too. The player who stole the most bases on Collins' teams was usually the guy who led off. After the incumbent leadoff hitter, James Mouton, proved ineffective during the '94 season, Terry Collins decided to move Craig Biggio into the leadoff spot for the remainder of the year. He kept him their for the start of the '95 season as well and then decided to move him down in the order. This, of course, being a significant blunder considering the fact that Biggio had an OBA of .411 in 1994. The truth is, Collins actually did a pretty good job with the leadoff spot. He batted players like Brian Hunter, John Cangelosi and Tony Phillips in the leadoff role, all players who got on base but could not hit for any power.

Terry Collins loved himself some small ball. He was almost always considerably above average in both sacrifice hits and in attempted stolen bases. The difference between his tenure in Houston and the one in Anaheim was that in Houston, Collins had a relatively young team who cold run which he did not have in Anaheim. He realized this in his second season as the manager of the Angels and adapted, which culminated in his first below average year in attempted stolen bases as a manager. It wasn't a small margin either, the Angels ran 20% less than the league average in 1998. While in the National League, Collins was always above average in deploying the hit and run. I don't know if this had to do with him changing leagues or if he simply understood its stupidity, but in 1997-98 Collins stopped issuing intentional walks. All in all, Collins looks like a manager who adjusts to his environment. If the environment dictated to stop stealing bases, he stopped stealing bases. This is a very important factor when judging a manager. There are some managers, like Dusty Baker, who never seem to adjust to the situation at hand and use their strategies as if they were guidelines to success. So despite Collins fondness of small ball strategies, he'll hopefully adjust to the Mets and to Sandy Alderson's expectation of the contrary. (Bullpen usage was excluded because I could not control for context and it mostly has to do with the personnel at hand. If you had a good pitching staff, you didn't go to the bullpen as frequently. What I do know is that Collins was around average in bullpen usage and had an almost exactly average pitching staff. His starters averaged around 6.5 innings per start which would be a very high figure today but I do not know how that number was looked upon in the '90's.)

Besides 1998, Collins had consistently been in the top quartile when in came to hitting other team's batters. You can read into this as much as you want, but the one thing it really shows is that Terry Collins doesn't take sh** from anyone. If you manage to piss him off, he'll just throw at you. I imagine Collins consistently argued with the umpires back in the day and got tossed from his fare share of games. 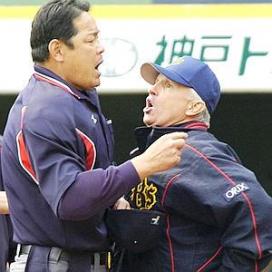 Collins looks like a decent manager despite the fact that he, at least, used to be a big believer in small ball. Considering his willingness to adapt to the situation presented to him, his past managerial experience and his relationship with Paul DePodesta I'd say Collins was absolutely the right choice for the Mets as manager. You can make a few different conclusions from the information at hand. If you noticed, by the end of Collins' managerial tenure he was around average in almost every category, this could mean managerial statistics barely has any meaning and will always regress towards the mean. This could also mean, good managers know how to adjust to different contexts and will therefore be around league average when all is said and done. From Jerry Manuel's laid back demeanor to the no nonsense attitude of Terry Collins, Bill James wrote in his aforementioned book, "Bill James Guide to Baseball Managers", that being the new guy is the most impactful part of being a new manager. It doesn't matter what the change is, as long as there's change. An organization and its manager have a certain philosophy, or lack thereof in the Mets case, for a certain number of years and the simple fact that change has been made has had the biggest effect on teams. So here's to Terry Collins and here's to the 2011 Mets.