Share All sharing options for: In the Year 2000: 'Round Midnight 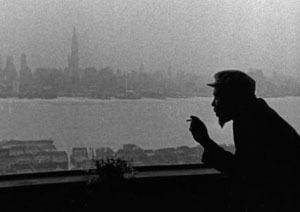 As I watched game five of the 2000 World Series for the first time in 10 years, one moment stuck out more than any other. Once the final out was recorded, and the Yankees celebrated on the field as the Mets fixed them with thousand-mile stares, there was no prerecorded music, nothing blaring over the PAs that had so terrorized the FOX crew all series. At this moment, Shea Stadium's organist took over, and they chose a wistful tune to play: Thelonious Monk's "'Round Midnight".

It might have seemed an odd choice at the time, or maybe oppressively literal (the last out was recorded almost exactly at the stroke of midnight), but in retrospect it was appropriate. The clock had struck 12 for the 2000 Mets--not just for their season, but their reputation. A team whose season was 95 percent streaks of dominance and thrilling comebacks would come to be defined forever after by the 5 percent where they came just short against the biggest baseball dynasty of the last 25 years.

Often, the team that loses a championship series/game is denigrated in the years to come. People quickly forget just how hard it is to get so far in the first place, that this in itself is an accomplishment. But at least in a one-team town, the local coverage will usually be sympathetic, with touches of "oh well, we'll get 'em next time!" sentiments. The 2000 Mets were never afforded such a luxury.

That, more than any other reason, is why they remain largely unloved by history, even among Mets fans. The New York sports press would not give the Mets pats on the back for simply making it to the World Series and doing their city proud. They would be compared unfavorably to the other team in the town, for the next few months and perhaps forever. And their fans, surrounded by partisans of The Enemy, would never have a chance to salve their wounds. Instead, they would have to hear from everyone--including fellow fans--how their favorite team had failed.

It didn't start out that way. In the immediate wake of the series, the press was, for the most part, kind. Many writers insisted the Mets had nothing to be ashamed of. Tyler Kepner's World Series wrap-up was entitled, "The Mets Lose Series, But Their Pride Is Intact." Some, like William C. Rhoden, went as far as to say "unlike after previous disappointments against the Atlanta Braves, there was no sense of devastation." Such an assertion reads as borderline delusional now; the 1999 Mets' loss to Atlanta in the NLCS is considered far more valiant in comparison to their loss in the 2000 World Series. But why, exactly?

"In the end, the Mets were not the Subway Series' Little Engine That Could," Murray Chass wrote, in the type of assessment that would soon be repeated ad nauseum by all of his compatriots. "They couldn't because the Yankees were the Super Chiefs....Torre's team became champions again, and Valentine's turned into pumpkins."

This created a curious paradox. If the Yankees were a truly historic dynasty (and it's pointless to argue otherwise, because they were), it shouldn't have been shameful to lose to them. But somehow, losing to the Yankees became for more shameful than losing to the Mariners (the Yankees' ALCS opponents) would have been. Why?

I believe the blame can be squarely laid at the feet of Roger Clemens. When he hurled a broken bat at Mike Piazza in game two, he put the Mets in a no-win situation. Retaliate and lose some of your best players for who knows how many games, while also looking like a bunch of animals. (One can only imagine how the Mets would have been painted forever thereafter if they'd dared to do such a thing in the self-proclaimed Cathedral of Baseball.) Don't retaliate, and look impassive, uncaring, weak.

The Mets chose the latter, and before the game had even ended, people questioned their drive, their passion, even their manhood. To this day, despite Clemens' complete and utter downfall, it doesn't take long to find some neanderthal who will tell you that his bat-chucking act was a sign of his--and the Yankees'--testicular fortitude, and the Mets' "failure" to respond a sign of the exact opposite. It was a sign that the Yankees, well, they just wanted to win so damn much that they were willing to do anything--even things that were bat-poop insane. The Mets? They just didn't want to win that badly.

When George Steinbrenner complimented the Mets and their fans for their good behavior during the series ("We were treated so well, and our people could walk around by themselves with no problems."), it came across as a veiled insult, as if the visiting team should have been treated more roughly. The Daily News celebrated Yankee Stadium's aptly named Bleacher Creatures every day for engaging in behavior more befitting caged animals. Mets fans hadn't done anything like that during the World Series; therefore they, like the team they rooted for, must also lack the will to win.

Why, the Mets were so uncommitted to winning, they let the Yankees clinch the World Series at their stadium! And celebrate in their visiting clubhouse! Thus enabled, the Yankees proceeded to act like the marauding colonists they were. When a TV in the Yankees' locker room showed Bobby Valentine at his postgame press conference, one unnamed Yankee threw a towel at the screen, followed by a mocking chorus of "Who Let the Dogs Out." ("Yeah, we heard it," Turk Wendell said later. "And yeah, it hurt.") To emphasize the ownership even further, Roger Clemens--his psychotic bat-hurling act in game two now forgotten in the flush of victory--went out to the field with his sons and scooped up dirt from the Shea mound as a memento.

The Mets were actually offered a chance by Mayor Giuliani to participate in a massive parade honoring both teams, but were smart enough to decline. "It should be the Yankees' day of celebration for winning the World Series," GM Steve Phillips explained. "They deserve the stage to themselves." One can only imagine the howls of derision that would have followed the Mets if they'd opted to take part in the Yankees' victory parade, allowing themselves to be presented to the public like treasures from Gaul carried forth by Caesar's armies.

It is all this baggage that makes 2000 hurt much, much more than 1999 to so many Mets fans. In 1999, the Mets were lauded for getting as far as they did, for overcoming so many obstacles, for flying so close to the sun before their wings melted. 2000 could never be mourned or celebrated. The traditional media wouldn't allow it. The emerging blogosphere would not allow it. And if you lived anywhere in the tri-state area, that loudmouth in the next cubicle would never allow it, either.

Perhaps if the Mets had continued their winning ways, the pain might have subsided. But as it turned out, 2000 was the last hurrah for the Mike Piazza Era. 2001 brought mediocrity, and a late season surge that fell short. The Mets' first game back at Shea after 9/11, in which Piazza hit a dramatic home run, became a footnote (at best) in most observers' eyes to the Yankees' playoff run that year. The recent Tenth Inning addendum to Ken Burns' Baseball had a lengthy segment on baseball in New York following the terrorist attacks, and did not even mention the Mets in passing.

2002 could only aspire to mediocrity, as Steve Phillips tried to shore up an aging team with some questionable acquisitions like Jeromy Burnitz and Mo Vaughn. Shawn Estes--who'd actually pitched against the Mets in the 2000 playoffs--was tasked with retaliating against Clemens in his first at bat at Shea since The Incident. Asking him to do so was ludicrous, and his response--throwing behind Clemens--only perpetuated the Mets' spineless reputation even further.

All remnants of the World Series team were scattered to the four winds rather quickly. In the 2000 offseason, Mike Hampton confirmed his long-rumored dislike for New York by signing a contract with Colorado that still seems insane, while praising the local school system as the real reason he went west. Bobby Jones, author of the only one-hit postseason shutout in franchise history, was allowed to depart for San Diego.

The subsequent years' winters brought more departures. Benny Agbayani and Todd Zeile were traded to Colorado in a three-way deal for Burnitz. Robin Ventura was traded to the Yankees for David Justice, who was then traded to the A's. Turk Wendell and Dennis Cook were packaged together and sent to the Phillies. Rey Ordonez, whose injury prompted the trading away of Melvin Mora, was himself traded to Tampa Bay. Todd Pratt was sent down the Turnpike to Philadelphia. Rick Reed was shipped to Minnesota. None of these deals returned anyone of substance.

Most shocking of all, Edgardo Alfonzo--considered one of the best second basemen, if not one of the best players in the game in 2000--became plagued by back issues that turned him into a shell of his former self. The Mets made no serious attempt to resign him when he attained free agency in the winter of 2002, and he left for San Francisco--but not before taking out ads to thank Mets fans for their support.

Two years after leading the Mets to a pennant, Bobby Valentine had "lost the clubhouse". (Translation: He could do very little with the overaged, underachieving team he was handed.) The last straw came when tabloids feasted on rumors that Grant Roberts and other Mets smoked pot (pre-Tim Lincecum, a hangable offense), and the manager had the nerve to make light of this revelation. At the end of the 2002 season, he was gone, giving way to the doldrums of the Art Howe years.

In the accelerated pace of the 21st century, and the highlight-driven, ESPN-ified sports world, the 2000 Mets' accomplishments went largely forgotten. There is no room in this world for second place (if there ever was one). When the Mets invited a few members of that team to Citi Field during last year's Subway Series, it took many by surprise. Some--even Mets fans--laughed at the very idea. Why would they bother to celebrate a team of losers? 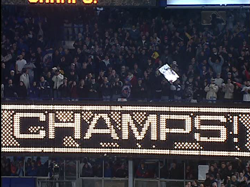 To me, the word "losers" and the 2000 Mets do not belong in the same sentence. As I stated in my 1999 Project, I reject the idea that a team that doesn't win the World Series is a loser. I reject the Steinbrennerian concept that holds the only way a fan can enjoy a season is if his/her team wins it all. If you disagree, I don't envy you, because I can only imagine that you are more often miserable than not.

Did it hurt to go back and watch the 2000 World Series again? Oh god, yes. Trust me, it did, and I don't recommend other Mets fans to do the same. But I don't regret delving back into that season as a whole. It reminded me that this was a great team, that it had amazing moments to rival anything the team has ever done--and considering the Mets' insane history, that's saying something. I refuse to enjoy them any less because they couldn't defeat the biggest baseball dynasty of the last 30 years.

I embarked on this project to see if my prejudices were wrong, if 2000 would still pale in comparison to 1999 if I examined it more fully. Truth be told, I can't say 2000 even comes close to supplanting 1999 in my heart. But I've come away with a new-found respect and appreciation for what the Mets accomplished that season. In the years to come, I hope more Mets fans--and the team itself--realize that this team is one worth remembering.