Share All sharing options for: 2011 Mets: So Close to Homemade 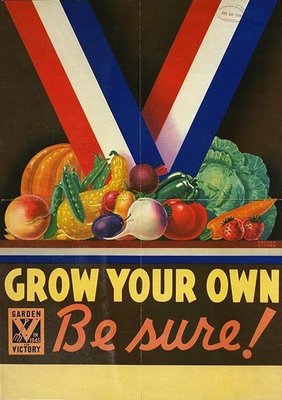 Once upon a time, a long while ago--well, September, actually--I penned an article about the lowly Pirates and their youthful, home-grown core. I wondered in this post about how Mets fans might react to such a lineup for their own team. I may not need to wonder much longer.

Daniel Murphy is playing second base in the Dominican winter league (a hamstring injury notwithstanding) and may very well start there next season in place of the much-maligned Luis Castillo. After a decent season in the bigs starting about a third of the Mets' games behind the plate, Josh Thole will be given a chance to earn the everyday job, according to new manager Terry Collins (though it also sounds like a veteran caddy will also be acquired to babysit him).

Add those two to David Wright, Jose Reyes, and Ike Davis, and there is a very strong possibility that the Mets will field an all-home-grown infield on opening day in 2011. And with Johan Santana likely out until June recovering from shoulder surgery, Mike Pelfrey could very well make the start in his place (barring the unlikely acquisition of a more high profile arm).

That would put six products of the Mets' farm system on the field at once. And when you consider that both Angel Pagan and Jason Bay were once Met minor leaguers, Carlos Beltran would be their only starting player who hadn't spent any time in the team's farm system.

Not that this makes the 2011 Mets a veritable Pittsburgh on the Sound. Two of their home-grown players (Wright and Reyes) are bonafide superstars, whereas the Pirates have yet to produce one (though they certainly could). In aggregate, the Mets' home-grown talent is significantly older than Pittsburgh's, and even the Mets' younger players arguably have a lower ceiling than some of the Baby Bucs.

Still, this possibility would make next year's squad unique in team history, which has not served youth very often, if ever.

From the very beginning, the Mets have been youth-averse. When constructing the inaugural 1962 team, GM George Weiss pursued name players with ties to New York's National League past, rather than trying to field a team of fresh-faced rookies (the approach taken by the Mets' expansion mates in Houston). It worked at the box office, though no one could argue it was a smart idea on the field, since it takes a special kind of team the lose 120 games.

Traditionally, the Mets have also been a team that trades away farmhands or young players for veterans. It's often to their detriment, as in the horrendous Nolan Ryan-for-Jim Fregosi trade, though occasionally it has worked out. Witness the trades for Keith Hernandez and Gary Carter, both of which involved minor leaguers or young players who, miraculously, did not come back to haunt the Mets.

Regardless of the outcome, the Mets have rarely been afraid to deal potential for reality (or perceived reality, anyway). So it's not often that they have more than a couple of home-grown players in their everyday lineup, let alone the plurality that may soon exist.

How unique would an all-home-grown opening day infield be? If we discount Japanese players like Kaz Matsui and Tsuyoshi Shinjo, who made their MLB debuts with the team but played at the major league level in Japan (and this is my own stupid exercise, so I'm gonna go ahead and do that), the Mets have started the season with more than three home grown players on the field only once in the last 10 seasons.

In 2001, Benny Agbayani, Edgardo Alfonzo, Jay Payton, and Rey Ordonez started on opening day, a 6-4 extra-inning win in Atlanta. You could argue five such players were in the game when Timo Perez took over for Daryl Hamilton in right field in the seventh inning, but Timo's home-grown-itude is debatable, as he spent most of his formative development years in Japan.

To find an opening day with five home-grown position players in the starting lineup, you have to go all the way back to 1990. Gregg Jeffries led off and played second, followed by center fielder Keith Miller. Darryl Strawberry batted cleanup, Barry Lyons caught, and Kevin Elster manned shortstop. There was also a former Mets farmhand on the mound: Doc Gooden. Not that this lineup building tactic did them much good--they were pummeled by the Pirates, 12-3.

The Mets started just two, one of whom was prodigal son Mike Jacobs (though Reyes was still on the shelf, recovering from his thyroid ailment). The Rockies led the way with seven out of eight position players coming from their own farm system (the odd man out was Carlos Gonzalez, who came to the bigs with Oakland). On the other end of the spectrum, the White Sox had just one, Gordon Beckham, though former farmhand Mark Buehrle took the mound that day.

Obviously, opening day lineups are extremely arbitrary designations (as Reyes' absence makes clear). Studying full rosters for the year (with the understanding that each team has a fair amount of September callups), the Mets had 18 home-grown players play for them at some point in 2010, including pitchers. This is a bit below the league average of 21.6. As you might expect, the Marlins led this pack with an astonishing 33 home-grown players on their roster (out of 57 who donned those teal-tinged unis this past season). The Twins had a slightly lower total but a higher percentage--30 of their 42 players were home-grown.

Is this a reflection of anything other than my willingness to look up lots of meaningless data? Maybe not. For starters, the home-grown-itude is largely the product of financial restraints the current financial regime inherited. With black holes like Castillo and Oliver Perez on their roster and attendance down at CitiField, the Mets are relying on their own minor leaguers in large part because they have little choice. Josh Thole has yet to play a full season, and Dan Murphy is still a second baseman in name only. If they do break camp starting at their respective positions, I have a feeling it will be more because the Mets have to do this than because they want to do this.

But it this may be a Bob Ross-ian happy accident, one that, even before Sandy Alderson took over, made the Mets realize what the rest of the league got hip to a long time ago: the days of signing your way to wins in baseball are pretty much over (for any team except the Yankees, anyway). Developing a lineup yourself is the surest route to success--and, since it's also the cheapest, it allows a team to use its funds more judiciously.

Witness this year's world series, where the AL and NL representatives beat favored opponents in their respective LCSes, thanks in large part not to free agent acquisitions, but to players they themselves developed. For the Giants, it was their pitching staff, and for the Rangers, it was their lineup,

Or they can look at their division rivals, the Phillies. In the last 10 years, they've developed Jimmy Rollins, Chase Utley, Ryan Howard, and Cole Hamels, and they've used a rich farm system to fortify themselves with trades for Roys Halladay and Oswalt. With the possible exception of Raul Ibanez, their free agent acquisitions tend to be relatively low in cost and profile, at least when signed (see: Jayson Werth).

Granted, the possibly home-grown Mets are more of an accident than a design, one willed to the new regime rather than constructed by it. But given the proclivities of Alderson and Co., it may not really be anomaly, but a vision of things to come.