Take a break from the hot stove season and Jets destruction for some AA Book Club! Here is Chapter Five: The Jeremy Brown Blue Plate Special.

The Oakland A's prep for the 2002 MLB Draft is covered in Chapter Two. Chapter Five details how the Moneyball Draft unfolds. The A's plan to avoid high school players, especially pitchers, is reiterated. Undervalued college players are the targets. Billy Beane's parade of misfit toys includes fat catcher Jeremy Brown and undersized Marc Kiger. Several other coveted players are selected and the A's draft team is ecstatic. Paul DePodesta exclaims that they selected two of the three best righthanded pitchers in the country and two of the four best position players. "Don't think this is normal", Billy adds. The highly regarded Nick Swisher and Joe Blanton are also drafted, eventually representing the best of the 2002 haul.

Despite the supposedly sound process, most of the A's sleeper picks didn't pan out. Brown retired before the 2008 season. Kiger still has zero MLB plate appearances. Other high picks like John McCurdy and Steve Stanley didn't break through. A case of the good process, bad outcome "bad break" quadrant of the process vs. results matrix? Or an instance where the process is in need of an overhaul? Perhaps the A's were unlucky to focus on college players in a draft full of great high school talent? Zack Greinke, B.J. Upton, Prince Fielder, Cole Hamels, Scott Kazmir, Denard Span and Matt Cain were all high school players selected in the first round of the 2002 Draft.

Steve Phillips is featured in Chapter Five, as Billy tries to dissuade him from taking Nick Swisher. Phillips eventually takes Kazmir, as we all know.

Don't believe a thing is true just because some famous baseball player says that it is true.

"Anti- intellectual resentment is common in all of American life and it has many diverse expressions," he [Bill James] wrote.

"Cecil Fielder acknowledges a weight of 261," Bill James once wrote, "leaving unanswered the question of what he might weigh if he put his other foot on the scale."

And, in a particularly fawning Lewis screed:

Billy Beane was a human arsenal built, inadvertently, by professional baseball to attack its customs and rituals.

Let's go to the discussion questions.

1. General discussion of the A's draft strategy -- process, results, etc. What can be learned here?

3. What's the deal with anti-intellectual resentment?

4. Jonah Hill is slated to play Paul DePodesta in the Moneyball film adaptation. It's an odd choice. Based on physical resemblance alone, which actor would you choose to play d3p0? 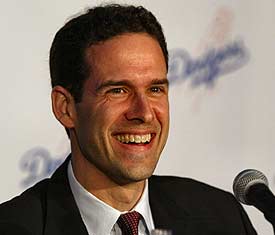