The Amazin' Avenue Commissioner League at CBSSports.com drafted this past week and we had 100% turnout, boding well for in-season commitment. As a reminder, the league is 5x5 roto, NL-only with 29 roster spots to fill, so the draft was thorough. Virtually no starting players and only a few backups were left un-drafted. If you want to start your own commissioner league, at half off through Amazin' Avenue, follow this link. Thanks to everyone who participated.

Before the draft, the people voted (19% of the vote) for kendynamo to have the best draft and fittingly, he had first pick. Round one went as follows:

Click the jump after the poll to see the full results then vote for your favorite team. 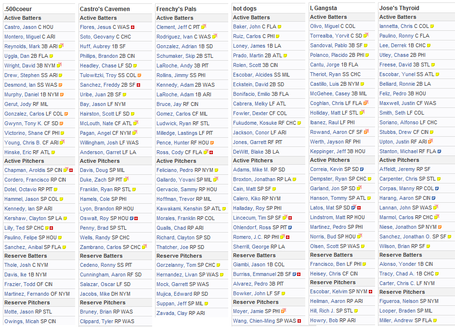 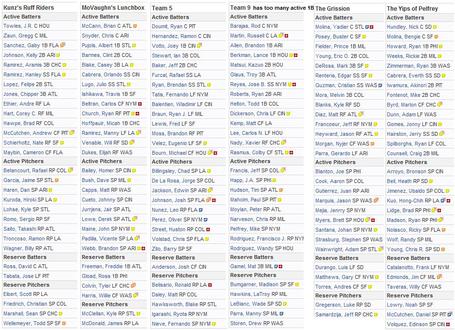 I won't give away whose team is whose, but I'm sure a few are obvious. Vote for your favorite team below.

CBSSports.com is an SB Nation partner and paying sponsor of the SB Nation baseball communities. This post is one of a series of sponsor endorsed posts related to the CBSSports.com Fantasy Baseball Commissioner League.