In other words, is it time to turn the page on the 'Daniel Murphy, New York Mets starting first baseman' era? 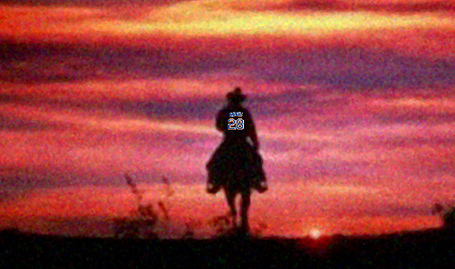 Coming into the spring, Murphy seemed to be riding an inside track that would make the first base job his to win or lose; His charge for Opening Day looked pretty clear: Put up or shut up. He'd get the first shot but with other options waiting, Murphy would most likely lose the job at the first sign of an extended slump. But now, with the unfortunate timing of his injury, Murphy obviously will not be starting the season at first base and it is very conceivable that he might have lost his already tenuous grip on the starting role entirely.

Strike one against Murphy getting his job back, his early season audition now belong to Mike Jacobs. And in Jacobs' favor, he's going to be platooning with Tatis, sparing himself the the embarrassment of facing lefties (.178 AVG in '09), allowing him to pad his stats for the early weeks and possibly parlay that into a full-time role.

Strike two, Chris Carter has clearly been the Mets best hitter this spring and what's more, the guy has a penchant for tearing up Triple-A (.380 avg. WOBA his last 3 seasons) so expect him to be in the mix if Jacobs falters early.

Strike three of course is Ike, who gave Carter a run for his money this spring as the 2nd best hitter in camp. If Davis continues raking the way he has from last April pretty much non-stop until the present, the team looks primed to get him up to Queens soon.

Compounding Murphy's problems, each of these 3 options sports a similar, left-handed profile as his own, each with varying degrees of superiority. Jacobs clearly possesses much more power potential; Carter has far better plate discipline and platoon splits and Ike does more of both while playing better defense. So basically, Murphy went from first on the depth chart down to 3-4 in one fell swoop and would need a lot to go wrong to get his job back. I just don't see it happening. So now what?

Now I don't think this means that Dan Murphy will be getting started on his career in insurance, I just think that this hastens the development of the next stage in Murphy's career, as a super-utility guy. In short, make Murphy the Swiss Army Knife of this team. It was going to have to happen by 2011 anyway (because of Ike) so why not get started now?

Think of the nickname possibilities...

To me, this process begins with Murph back in Triple-A. As tough as that might be for him to swallow, I'd immediately put him to work getting time in all around the field, starting at 2B. This was a notion that many were very fond of two winters ago and some within the Mets organization agreed, as he spent his second half of '08 and his time in the AFL at second. Murphy himself asked to make the switch, claiming familiarity with the position having been strictly a second baseman through high school. After the move, manager of the B-Mets Mako Oliveras stated that Murphy looked like "he'd been there forever." Now overall reports were somewhat mixed but definitely not horrible and according to FanGraphs positional adjustments, he'd have to be something like 15 defensive runs worse at second to become less valuable than he was at first. Take Skip Schumaker; his defense at 2B has not been good according to UZR (-7.7 in '09) yet he has been approximately a 2 WAR player for the Cards since switching to second without putting up anything close to a stellar offensive line.

Next get Murphy time in the OF, where he showed promise based on excellent range but also serious holes as well. By the end of 2010 I'd expect him to be at or near major league passable at some or all of 1B, 3B, 2B and corner OF. Coming into 2011 I pencil Murph in for the first spot on the bench.

People have mentioned early-Mark DeRosa as a model and to me that seems pretty realistic. In Murphy I see a guy that spot starts, fills in for injuries and serves as an occasional pinch-hitter, puts up a good not great offensive line and makes up for somewhat sub-par defense with his positional flexibility; all this while getting enough ab's to possibly develop into something more down the line because as John Sickels recently pointed out, Murphy's profile definitely points to a chance for improvement. Does all this make or break the team? No, but being able to count on such a player at a very reasonable price for the foreseeable future definitely wouldn't hurt.