This is a collaborative effort between Realmenwearpurple from Purple Row and Keithsmoustache from Amazin' Avenue. The motivation came from a discussion of the gravitational prowess of Prince Fielder on opening day. It is the second in a (hopefully continuing) series of investigations into "The Physics of Baseball."

Baseball is a simple game. You throw the ball, you hit the ball, and you run as fast as you can in between. The harder you play, be it with grit, passion, or for the most valuable players, both (grission), the better chance your team has at winning. Or so we thought. Apparently there is a third, and much more appealing characteristic great MLB players can have. Mass. Lots of it. Over time this has proven to be true: Babe Ruth and Tony Gwynn are Hall of Famers. David Wells threw a perfect game. CC Sabathia is currently the highest paid pitcher in baseball. The list goes on and on. The ball seems to gravitate towards the great players. Now we can prove that it indeed does!

What is gravity? It is one of the four natural forces of nature. All objects with mass attract one another. Gravity can be described as:

This force will increase as the distance between the objects is decreased or the mass of either of the objects is increased. This leads to the conclusion that heavier players have a natural gravitational force on any and all objects that is greater than smaller players. This includes the baseball! Since baseball is a game of inches, each bit of force a team can muster to keep a ball from going over the wall could prove to be the difference between a HR or a long flyout. In order to prove this, an investigation was performed into the weight of the starting infields and the HR/FB rates of NL teams. Why just infielders? Because outfielders start the play so far away from the ball that by the time they are close enough for their gravitational force to be larger than that of the infielders, the outcome of the play has been decided. 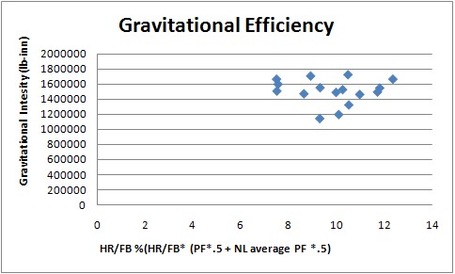 Figure 1. Gravitational Efficiency of the NL

Judging from this data, it indicates that there is a negative trend, however we see several cities which may be interfering with our data. Several teams should be ignored. Also, there are too many data points which will just clutter any analysis. So to simplify this study we will remove the following teams and provide sound scientific reasoning behind each decision:

1. Philadelphia. They booed Santa. They throw batteries in snowballs, Shane Victorino exists. Karma is just waiting to mess with them, so we never know when the data may become skewed. Finally, anything associated with John Kruk must be ignored as non-sensical drivel. 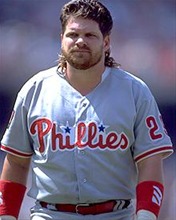 2. Atlanta. Between being a top 20 fattest city in the country and being a Delta hub with planes flying overhead constantly, creating downdrafts that will mess with ball trajectories, there are too many factors that will affect the ball. The impact of these factors is clearly illustrated by the wild fluctuation of stats for "The Natural" Jeff Francoeur while in Atlanta, who would have been a perennial All-Star in a more stable gravitational environment.

3. San Francisco. With both Pablo Sandoval and Bengie Molina on one team, this one should have helped prove our point. However, Barry Bonds’ head and ego are so large they cancel out any other local gravitational fields for miles.

4. Florida. If no one sees a ball game, did it really happen? There are elementary school plays with more people in attendance than Marlins games. And those that do go at least have a chance to see some talent. To avoid having to deal with these variables, Florida has been removed. 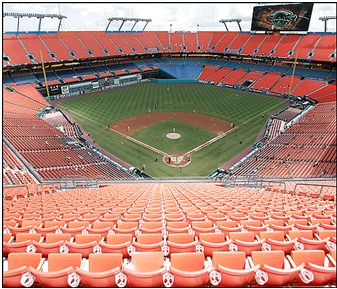 5. Milwaukee. With all the beer and brats, the gravitational forces are not nearly as strong from the players as the fans themselves, completely negating any chance of obtaining reliable data from this club.

6. Cincinnati. Along with Milwaukee and Atlanta, this is one of the top 20 fattest cities in the country. The fans’ mass will completely overwhelm the gravitational effect of the infielders.

7. Houston. We have a problem. Everyone knows that NASA solved gravity years ago, and since they have strong roots in Houston, one can’t help but suspect that the secret may have been leaked to the Astros. Also, everything is bigger in Texas, messing with gravity further. Their data can’t be believed. 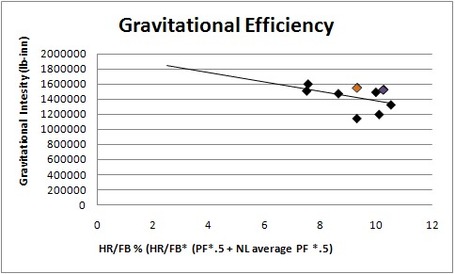 Figure 4. Gravitational efficiency for a selection of NL ballclubs.

Figure 4 proves the hypothesis correct! The data indicates an amazing correlation between gravitational impulse and park adjusted HR/FB%. Interestingly enough, two of the most successful teams in the NL are on the upper left hand side of this curve, in Los Angles and St Louis, proving that the extra mass from Manny (a combination of his head, hair, and unborn baby) and Fat Albert, respectively, did help them win!

From this data we can conclude that in order to minimize the home runs allowed to opponents, players need to maximize their waist size. Next week, we will investigate the effect of having a heavier player on spray charts.