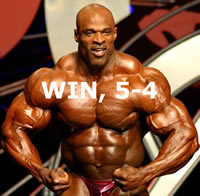 John Maine is starting to take the "Who Sucks The Least?" rivalry he and Oliver Perez are entwined in very seriously. With another fine effort tonight in Cincinnati, Maine has the following combined line over his past two starts.

The walks are a bit high, but the strikeout rate is impressive considering he's barely hitting 90 MPH with his fastball of late. And the truth is that if he can manage six innings per start with around a strikeout per inning while keeping the walk rate below one per two innings he's going to be fine and the Mets' rotation will be considerably stronger as a result. Maybe not shaving is the key to success for him.

Early on this looked like one of those games the Mets would let slip away. Angel Pagan, Luis Castillo, and Jose Reyes all reached base safely to begin the game, and the Mets had a quick 1-0 lead with runners on first and second with none out in the first. That rally was quickly swallowed up in the abyss of the Mets' clutch hitting anemia of this young season, as Jason Bay hit into a fielder's choice and David Wright bounced into a double play to end the inning. Their slim lead likewise disappeared when Brandon Phillips homered with one out in the bottom of the first to knot the game at 1-1. The Reds added another run in the second thanks in part to a Jeff Francoeur throwing error (and a John Maine brain fart as he was slow in backing up third).

After the teams exchanged zeroes in the third inning, David Wright collected 455 feet of solo home run to tie the game in the fourth. The Mets scored twice more in the sixth on a Bay sacrifice fly that plated Castillo and a Francoeur RBI single that brought home Reyes. Maine departed after six and Jenrry Mejia held the fort with a clean seventh. Everyday Fernando Nieve came on for the eighth -- pitching for the third straight day -- and made quick work of Drew Stubbs and Brandon Phillips before rapidly regressing to the mean, coughing up solo shots to Joey Votto and Scott Rolen, the latter of which drew things even at four runs apiece.

Francisco Cordero came in from the Cincinnati bullpen to pitch the top of the ninth, inducing a liner to left out of Ike Davis and a strikeout out of Francoeur for two easy outs. Then Rod Barajas stepped to the dish and deposited the first pitch he saw into the left field bleachers; 5-4 Mets. Francisco Rodriguez came on for the bottom of the ninth and set down the Reds in order to secure the 5-4 win. "Smell you later, losing streak!" I can imagine him exclaiming in Spanish to no one in particular.

So the Mets did their part, but unfortunately Carlos Ruiz hit a walkoff home run in extras to win the game for the Phillies so the Mets remain a half-game back in the bunched-up NL East.

The Mets wrap up their series in Cincinnati at 12:35pm EDT as Jon Niese takes on Johnny Cueto.

Beer of the game: Mendocino Winter Seasonal Imperial IPA from Mendocino Brewing Company, Saratoga Springs, NY.
"This is a fun, intriguing, complex beer. It refers to itself rather than extraneous cuisine: You do not pair this beer, it is the entire banquet." --RateBeer User Review

Maine strikes again, too good to be true?
While Jerry keeps turning horse Nieve to glue
With Mets on the brink, needing an act of God
A victory comes, thanks to Deus Ex Rod 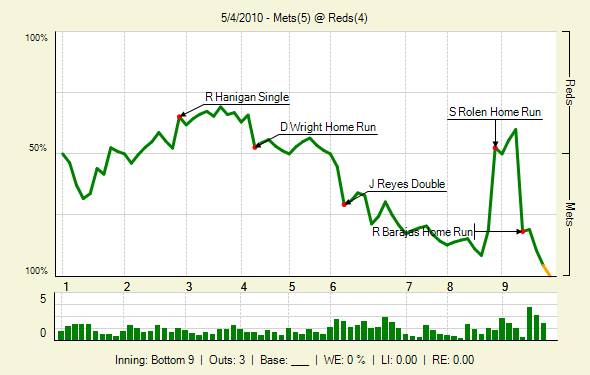