Jason Bay and David Wright were both double-switched out of this game in the late innings, and Pedro Feliciano gave up the game-ending home run to Orlando Cabrera as the Mets finish their road strip with a 2-4 record. They are now 0-5 in series swing games this season, which is double plus ungood.

There was no beer of the game because I was stuck at work. Believe me, I'm at least twice as disappointed as you.

Niese goes six strong, Wright continues to star
And those facing Takahashi don't get very far
But Pedro, in fourth straight, is not at his best
Attention Jerry Manuel! Your bullpen needs rest! 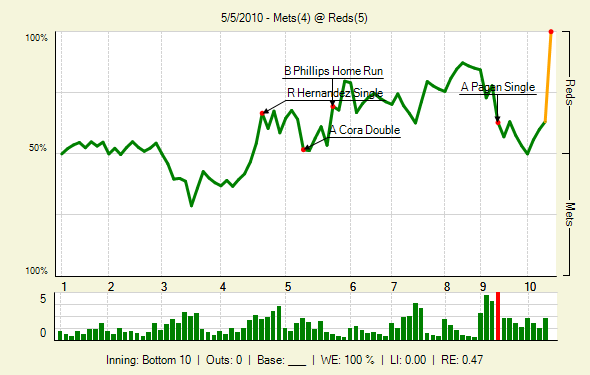