Share All sharing options for: Giants 6, Mets 5: Walks, Wind, And One That Got Away

Oliver Perez embarrassed himself and all of Mexico with his seven-walk "performance" today, but despite his breathtaking ineptness the Mets actually held a wind-aided 5-4 lead in the eighth. Jenrry Mejia came on and found trouble with the strike zone and then trouble with the park's dimensions as an Aaron Rowand opposite-field fly ball got caught in the jet stream and was carried into the right-field stands to put the Giants ahead by the eventual final score of 6-5.

Back at it again on Monday as the Nationals roll in to town. John Maine takes on Luis Atilano at 7:10pm.

Beer of the game: Hoptimus Prime Double IPA from Legacy Brewing in Reading, PA. (Sadly, now defunct, so if you can get your hands on one don't hesitate to buy it).

"This one is a beauty. Light amber color, citrus and floral nose. TONS of flavor (not a beer to have with dinner unless it’s a plate of chili peppers). Sweet, but you have to pay really close attention to notice because it is masked by lots of hops. Grapefruit and floral. Extremely enjoyable. Will drink a lot more. You should too." -- RateBeer User Review

"Charity begins at home", they say
Met pitchers fulfilled that on this day
Led by seven walks from Ollie
As fans yelled things far worse than "Golly!"
Yet offense came back, clearly a bonus
Against ace that looks like a Brother Jonas
But Jenrry’s outing takes Mets off the pace
And twice the tying run died at second base 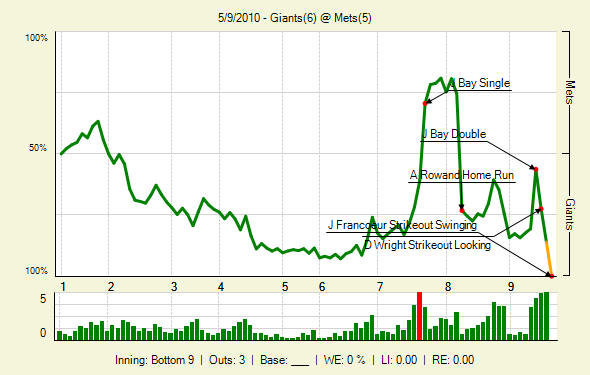