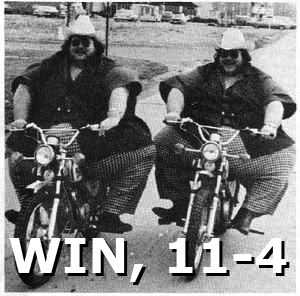 The Mets pounded out 18 hits and 11 runs -- much of it against would-be future Met Kevin Millwood -- in pummeling the Orioles 11-4, completing the three-game sweep away from home. David Wright knocked in four runs with two two-run home runs and also added a double to his 3-for-5 day. He did strike out once, bringing his season total to 74 and the AA pledge-o-meter to $868.76.

Mike Pelfrey wasn't great, but he scattered nine hits and three walks and kept the Orioles to just three runs in six innings. Jenrry Mejia came on to pitch the seventh in a crucial spot in what was at the time a tenuous 11-3 lead for the Mets. He allowed a lone run in a real game-changing appearance that couldn't possibly have been performed by Manny Acosta.

The Mets have an off day Monday, then head to Cleveland for three games before going to Yankee Stadium III next weekend for a series with the Yankees. 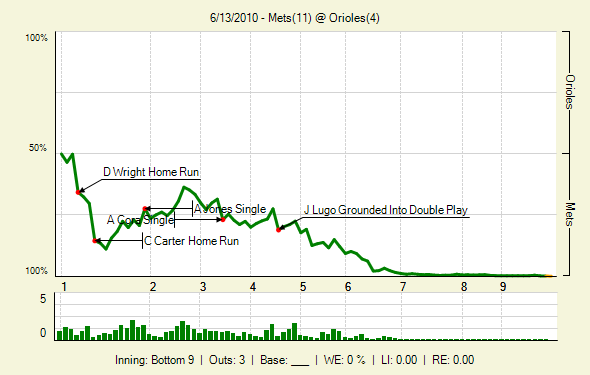