Share All sharing options for: Mets 4, Giants 3: Rodriguez Blows It, Davis Wins It

Johan Santana was excellent for eight innings, and was undone by one lousy inning from Framcisco Rodriguez. Ike Davis drove in Jason Bay with the go-ahead run in the tenth and, that time, Rodriguez was able to hang on to the lead. With it the Mets salvaged a win from the four-game series with San Francisco and set off for a series in Arizona.

Masterful Johan, but K-Rod faltered
A sure Giant victory is umpire-altered
Cuzzi makes calls that both sides dislike
Mets saved in the tenth by a doubling Ike 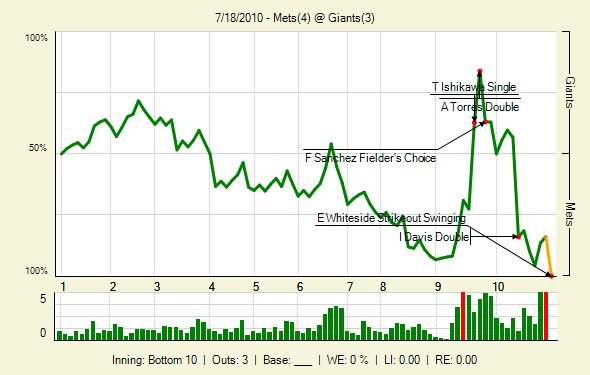