Share All sharing options for: Dodgers 3, Mets 2: At Least It Wasn't Twenty Innings 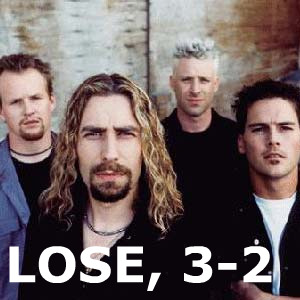 The Mets lost a 13-inning game in walk-off fashion, as Oliver Perez allowed a solo home run in the thirteenth inning to James Loney. And the very expensive, very available relief ace Francisco Rodriguez did not make an appearance. This is Amazin' Avenue, discussing Jerry Manuel's bullpen management:

Until terrible pitchers Elmer Dessens and Oliver Perez pitched in the twelfth and thirteenth innings, the bullpen did a fine job in relief of a mediocre Mike Pelfrey. Unfortunately, the Mets' lineup was dormant, save a two run explosion in the sixth inning. Jason Bay was on base three times and Angel Pagan stole two bases, but besides that there wasn't much offensive excitement. Here are some other things I hated about this game:

To counteract the negativity, I'll point out that Raul Valdes is doing a fine job. He tossed two scoreless innings today, striking out two and walking one. He boasts a 44:17 K:BB ratio and has been effective in multiple inning stints this week. Who knows how long it will last, but the 32 year-old from the Mexican League has done well for himself and his team.

Rod Barajas pulled up lame after an RBI single in the sixth, due to an oblique strain. This is bad news for Rod but probably good news for the Mets. Josh Thole, he of the "savvy and frequent line drives", will likely see more playing time. If Rod is DL'd, Mike Hessman or Nick Evans should be called up. Either one could provide a needed breather for David at third base. I think I wrote this exact same thing in yesterday's recap.

Watch Jerry use Frankie tomorrow in a five run game, you know, "to get him some work". I want Jerry ousted as much as the next fan, but Omar Minaya shouldn't be allowed to fire his second manager. The pitching matchup on Sunday is R.A Dickey vs Clayton Kershaw.

"A bubbly, active brew that is orange in color. Nice and clear with a tall, sticky head. Hops, citrus, some florals, and more hops on the nose. Expect sharp, bitter hops for the taste. Floral. Very hoppy. I really enjoyed the flavor. A smooth mouthfeel [pause]. Hops and bitterness is there but not overpowering. They linger nicely. This beer seems highly drinkable in my for an IPA." -- BeerAdvocate review

Pelf is passable, offense stalls
Mets get the benefit of several calls
Ollie ends strong after Elmer's weak beginning
But only forestalls doom for a single inning 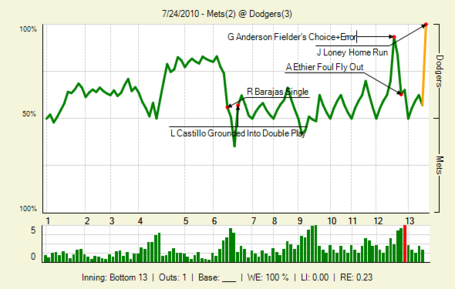 Nice job by Syler; his effort in the game thread embiggens us all.