Share All sharing options for: Diamondbacks 9, Mets 6: I Hate Snakes 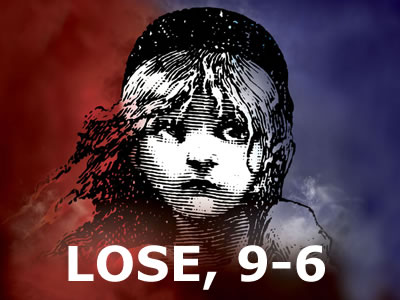 The Diamondbacks are 4-10 since the All Star break -- and all four wins have come at the expense of the Mets. Lack of offense was the problem during last week's sweep in Arizona. Tonight, the Mets' pitching was the culprit, specifically Mike Pelfrey and Raul Valdes. Big Pelf allowed three runs in the first inning and gave way to Valdes in the sixth with two outs, Ian Kennedy on first (due to a Jose Reyes error) and the Mets leading 5-4. Valdes proceeded to have the the worst 14 pitch outing in MLB history: 0 IP, four hits, four runs, two home runs allowed. Boom, 9-5 Diamondbacks lead. Jerry Manuel realized something was amiss and lifted Valdes for Manny Acosta, who struck out all four batters he faced. Acosta induced three more swinging strikes than Pelfrey, and he did it in 94 fewer pitches.

Pelfrey has been a disaster for about two months now. In his last nine starts, he has a K/BB ratio of 18:20, spanning 44.1 innings. His velocity is fine and injury seems an unlikely explanation for his woes. ERA regression was a reasonable explanation about four starts ago but his recent outings point to something beyond that. Maybe R.A. Dickey can teach him a knuckleball, because the Pelf splitter that was so effective early this season doesn't seem to be fooling batters anymore.

I noted in Wednesday's recap that losses are less aggravating when the good players perform well. Reyes, Pagan and Wright combined to go 7-13 with one walk, and David smacked two home runs. The dingers accounted for the Mets' first five runs and gave David sole possession of the team lead in home runs, with 17.

If the team is to lose, I'd prefer the dregs of the lineup fail in order to emphasize the shortcomings of the front office. Two major symbols of that front office failure, Luis Castillo and Francoeur, had miserable games. They combined to go 0-8 with one walk. Contrast Castillo's suckage with Kelly Johnson's 2-4, one walk, one home run performance. The latter cost $2.35 million on a one year deal while the former signed for four years, $25 million. Frenchy saw 13 pitches and swung at eight of them. He has the highest swing % in MLB and the second highest O-swing % (the percentage of pitches he swings at outside the strike zone). So much for the laser show. 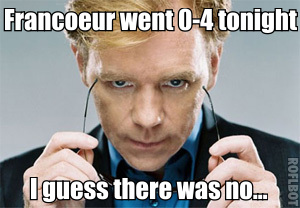 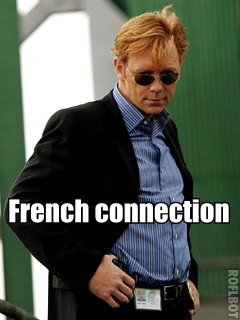 The quicker Castillo, Francoeur and Ollie Perez are jettisoned from this team, the better. If even one of them is still around in 2011 it would be a total joke.

Hisanori Takahashi and Barry Enright are the starting pitchers Saturday night. First pitch is at 7:10. Frank Cashen, Dwight Gooden, Davey Johnson and Darryl Strawberry will be inducted into the Mets Hall of Fame before Sunday's game. I plan to watch "1986 Mets: A Year To Remember", for the 891st time in tribute.

Wright stakes Big Pelf with a pair of prodigious drives
But Pelf staggers, the Valdes makes Mets run for their lives
To see D'Backs against Mets, pillage and plunder
You'd never believe they were 30 games under 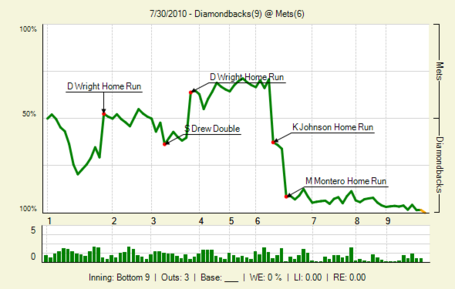