Share All sharing options for: Reds 3, Mets 1: Heisey Does It 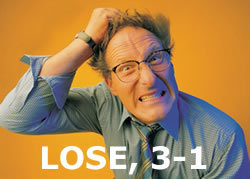 Reds outfielder Chris Heisey robbed Jason Bay of an RBI extra-base hit in the sixth inning then smacked the decisive home run in the seventh to spoil a strong outing by Jon Niese. The swinging strikes weren't there for Niese but that didn't stop him from striking out eight in his 7.2 innings of work. He uncharacteristically allowed more flyballs than groundballs, which helps explain the two home runs he surrendered (the first was to Brandon Phillips in the third inning).

Bronson "White El Duque" Arroyo confounded the Mets for what feels like the tenth time in a row, varying his pitches from 67 mph to 90 mph. Arroyo threw 73% of his pitches for strikes and put his defense to good use. Jesus Feliciano and Alex Cora hit some line drives right at fielders and Phillips in particular impressed with the glove. Angel Pagan hit another home run, accounting for the Mets scoring. Josh Thole had a strong all-around game. In addition to catching Niese's performance, he went 2-3 with a walk and looked like Wee Willie Keeler at the plate -- "hit it where they ain't".

My power went out mid-recap writing last night and only came back in the morning. All words were lost. Hence, abbreviated recap.

In lieu of unintentionally sexual quote of the game, I present this: 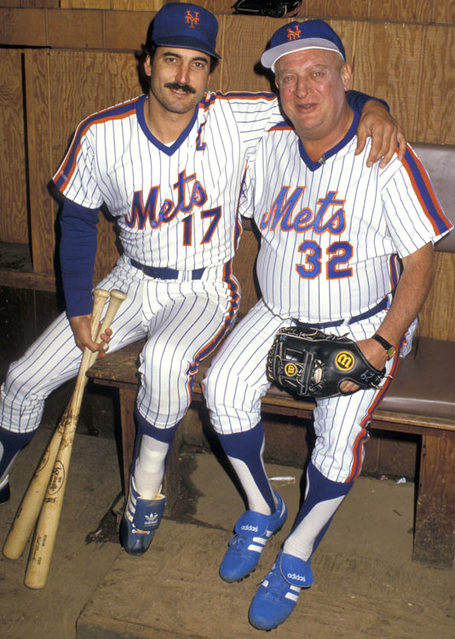 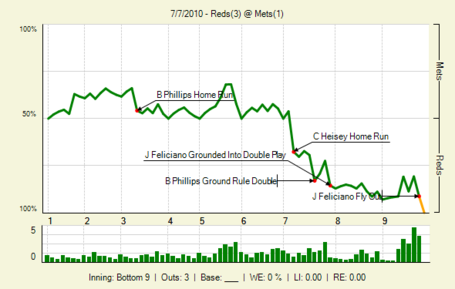