Boring games such as this one are even worse when the Mets lose. The lineup customarily failed, against one of the worst starting pitchers maintaining a job in MLB, Kyle Kendrick. No runs against Roy Halladay? Understandable. One run against a pitcher with the fourth worst FIP in the league? Unacceptable. A Misch-esque start from Mike Pelfrey went to waste (seven innings, three runs, one strikeout, no walks). Via fxcarden and ESPN, I present your 2010 Mets offense: 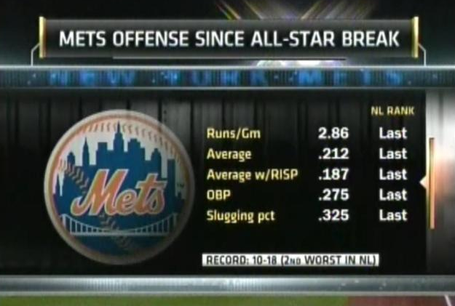 The Mets are now 10 games behind the NL East leading Braves and eight games behind the Wild Card leading Phillies and Giants. They head to Houston this week for a four game set with the 'Stros. Monday's pitching match-up is Jon Niese vs. Wandy Rodriguez.

Scoring once and winning is awfully tricky
When the man on the mound is not R.A. Dickey 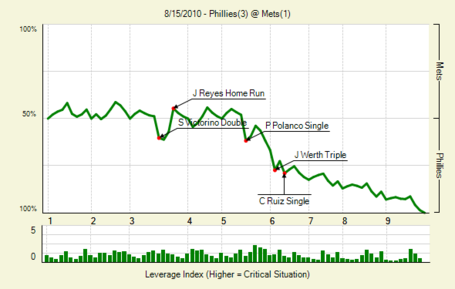