Share All sharing options for: Mets 5, Pirates 1: Niese And Rain Stop The Pain 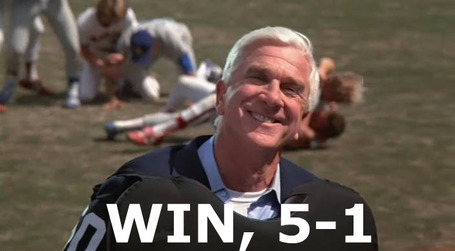 With some help from the weather and quality of opponent, the Mets secured their first road series victory against a National League team since September 25-27, 2009. Jon Niese threw all five innings of this rain-shortened affair, striking out five while walking only one. His 3.33 ERA is third best of qualifying Mets starters and top 20 in the league.

Jose Reyes (2-for-4, run scored) and David Wright (1-for-3, three-run homer) led the offense against control deficient Pirates hurler James McDonald (five walks tonight). Jose led off the game with a double, then moved to third base on an Angel Pagan bunt single. After a dropped third strike to Chris Carter resulted in a throw to first base by Bucs catcher Chris Snyder, Jose scampered home, diving headfirst into Snyder and the plate. He was safe but it wasn't pretty: 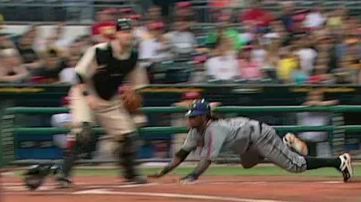 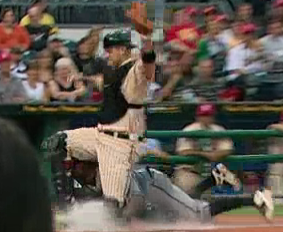 Thanks for the heart attack, Jose. He was shaken up but remained in the game and should be okay. Ruben Tejada added an adorable sacrifice fly. Ruben's OPS is .477, just slightly higher than Niese's (.466). Unrelated to this game, but Mets second basemen have yet to hit a home run this season, a feat matched only by Royals catchers and Rangers shortstops.

The mildly anticipated showdown between Lastings Milledge and Jeff Francoeur has been a bust so far, much like each of their careers. L-Millz has not played in the series and Frenchy went 0-for-1 Friday night, but did not play Saturday. I missed Friday night's game but apparently this shaving disaster happened (or alternatively, shaving triumph, depending on how one feels about the Carl Pavano look): 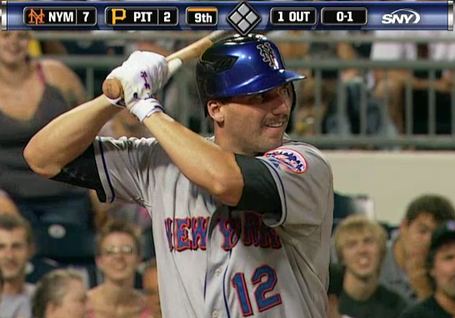 With southpaws Johan Santana and Zach Duke slated to pitch Sunday, expect the dreadlocked former Met and mustachioed future former Met to be in the lineup. Tune in at 1:35 PM.

Unintentionally sexual quote of the game: "Keith you looked terrific on the bike today." -- Kevin Burkhardt

Thanks to a Wright, Niese and heavy rain trio
Mets slaughter Bucs with astonishing brio 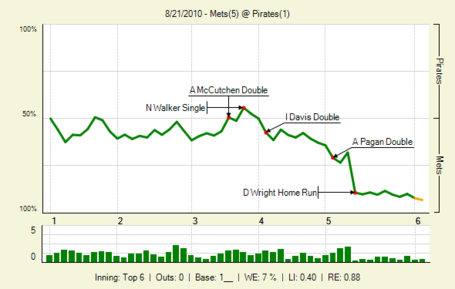