Mets 4, Braves 2: All Your Braves Are Belong To Us

Share All sharing options for: Mets 4, Braves 2: All Your Braves Are Belong To Us 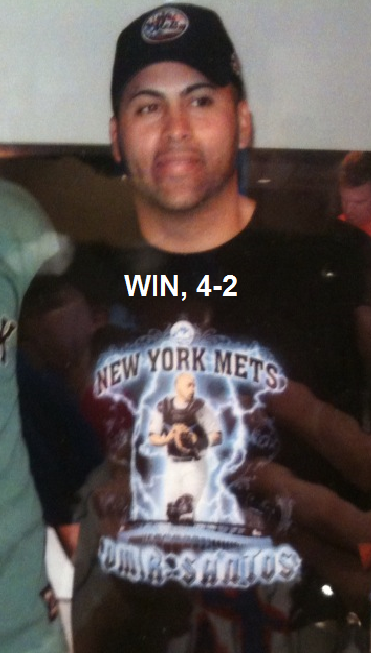 The Mets salvaged a sliver of dignity in Atlanta tonight, taking game four of the series after dropping the first three. This was a strangely satisfying win. I haven't felt this into a game for several months. Maybe it was the sight of Chipper Jones on SNY, smirking his way through a Kevin Burkhardt interview. Maybe it's that incessant tomahawk chop blaring on my teevee set. Regardless, I'll take it, even if it hurts my dream of the Phillies not making the playoffs.

Johan Santana was strong through five innings but left the game with a strained pectoral muscle. No word yet how severe the injury is, but he was tossing mid 80's fastballs shortly before being removed. David Wright was the batting hero against starter Tim Hudson, going 2-for-3 with a home run and a walk. David touched 'em all, and he deserved it. Carlos Beltran notched a Little League home run (copyright Howard Megdal, see poem below), hitting a triple and advancing home on Omar Infante's throwing error in the first inning. Hisanori Takahashi shut the door in the ninth, inducing a Melky Cabrera groundout to end it. 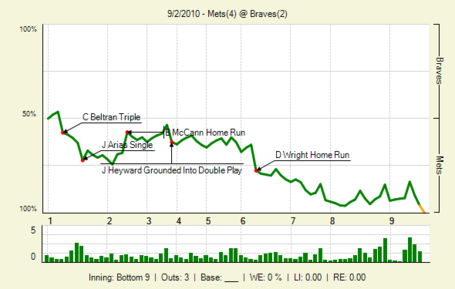