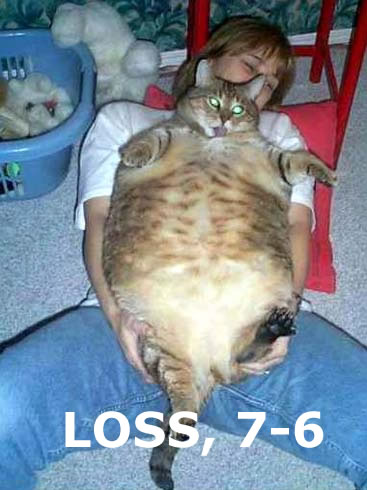 R.A. Dickey looked strong early on -- he allowed just one baserunner through the first three frames. But two big innings, each punctuated by a Cubbie three-run homer with two outs, were his undoing. Alfonso Soriano went yard in the fourth inning and Blake DeWitt did the deed in the sixth.

To the Mets' credit, they didn't completely fold after falling behind on two separate occasions. Lucas Duda smacked an RBI double (first MLB hit, congrats Duda) to tie it at four after Soriano's blast, then David Wright and Luis Hernandez added solo homers after falling behind 7-4. Yeah that's right, Luis Hernandez hit a home run. Six runs scored is a rarity for the Mets' lineup. However, chances to pile on some serious offense were missed, as ten men were left on base.

David went 3-for-5 with the aforementioned solo homer and also a two-run double in the first inning. His OPS is now .878, creeping up to his career mark of .902. Angel Pagan returned to the starting lineup and also went 3-for-5. If Jose Reyes returns, this lineup just might look respectable again.

Game two of the series is tomorrow at 1:05, with Jenrry Mejia set to make his first MLB start. Carlos Zambrano starts for the Cubs.

Unintentionally sexual quote of the game: "Dickey being touched up" -- Gary Cohen 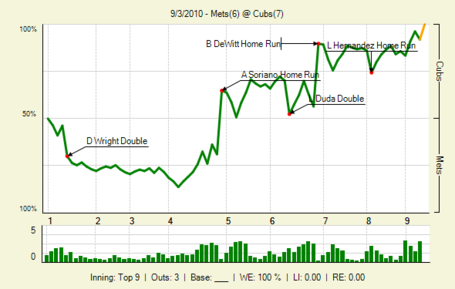