Now that Mike Pelfrey has accepted a 2011 contract worth $3.925 million, 2010 standouts R.A. Dickey and Angel Pagan are the only arbitration eligible players remaining for the Mets. The team and the players' agents have exchanged figures and they look like this.

In both cases the sides appear to be close enough that a deal will be worked out amicably without having to resort to the cold but occasionally necessary salary arbitration hearing process. The two sides will now negotiate towards a mutually acceptable figure in between the one submitted by the team and the one submitted by the player. If they're unable to agree on a contract amount then they will go to binding salary arbitration where an arbitrator will hear testimony from both sides and then choose one figure as the "winner". The 2011 contract will then be locked in at the winning amount (i.e. the arbitrator can't select a number in between the two submitted figures; he must choose one or the other).

The Mets last went to arbitration three years ago when they couldn't come to terms with Oliver Perez and eventually lost their case to Scott Boras and his lawyer army of the damned. 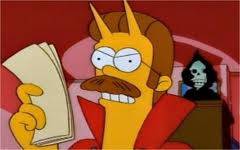