Share All sharing options for: The Mets Killers Team: Shortstop 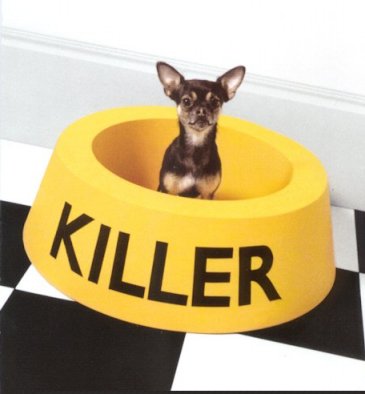 Some time last year, I was chatting online with some folks during another ridiculous, soul-crushing Mets loss. I'm not sure which one--take your pick, really--but if I remember correctly, the most damaging blow was delivered by a player who is known for hurting the Mets, and pretty much only the Mets. Such a player is often referred to as a Mets Killer.

As we licked our respective wounds, my friend surmised that if you took every active Mets Killer and put them on one team, that team would probably win, like, 60 games. My immediate response was to agree, but then I got to wondering. Would that really be the case?

This is what I would like to find out in a piece I'm working on for the impending Amazin Avenue Annual. But I would also like some help from you, the AA community. Deets on how you can pitch in after the jump.

I don't know when the term Mets Killer first came into use, but I feel like it's been around for quite a long time. Case in point: During the radio call of game two of the 2000 NLDS against the Giants, a particularly long at-bat in the bottom of the eighth of a 2-1 game prompted Bob Murphy to refer ominously to catcher Bobby Estalella as "something of a Mets Killer."

In this contest, the invocation of "Mets Killer" indicates two things to me: 1) it's a phrase with a long history (evidenced by the fact that Murphy, an original Mets broadcaster, would use it), and 2) that a Mets Killer is often (but not always) a thoroughly mediocre player against anyone but the Mets.

The primary example of a Mets Killer is Pat Burrell. Ask a Phillies fan what they think of Pat the Bat and you will probably get--at best--a mildly appreciative response. Burrell was at times considered something of a disappointment, a one-note player who could hit home runs when he felt like it but do little else. However, when Burrell hit home runs, there almost always seemed to be a Met on the mound.

While researching my In the Year 2000 posts, I rediscovered how far back this destruction went. That year, Burrell's rookie season, he had 4 homers and 11 RBIs in 10 games against the Mets. Two of his homers gave the Phillies a lead late in the game, and one was a grand slam against John Franco that blew a game wide open (responsible for 4 of 5 RBIs he had on the day). It was a harbinger of things to come; of his 285 career home runs, 42 have come against the Mets.

Long story short, my idea for this project is to apply a somewhat scientific method to a completely unscientific reaction. I'd like to pick out the primary Mets Killer at each position (active players only) and see what kind of team that would result in. I would like the picks to be completely emotional. Whether the splits show he does better against the Mets than other teams is completely beside the point. I want you to literally choose the first guy who comes to mind when you think of a particular position + Mets Killer. The only position I'm not going to poll is third base, because, c'mon.

First up is shortstop. I'm sure there will be many emotional reactions to this list, and I'm curious to see which choice will win out. This runs slightly counter to the outlined premise above, since several of these players are actually good against non-Mets teams.

Please select one player from the list below. If you think somebody else beside these folks deserves the nod, please comment accordingly; if there's enough of an outcry, I will opt for the write-in candidate.