Share All sharing options for: Things We Didn't Know Back In 1986 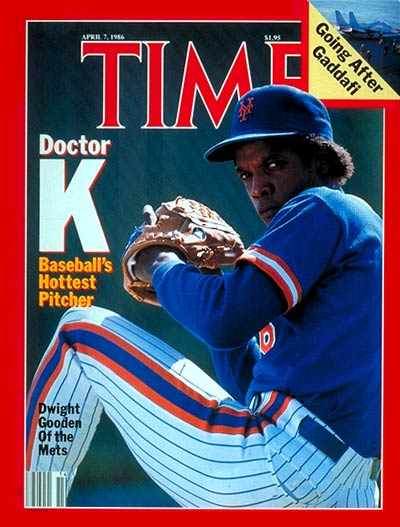 Just came across this little gem, the cover of Time magazine back on April 7, 1986.

From the cover story, 'Dr. K Is King of the Hill':

Off the field, Gooden is also the picture of control. ..."I think it's just another natural gift of Dwight's," Strawberry says, "handling New York, handling the media, handling the money."

From the inset story, 'Targetting Gaddafi':

'U.S. officials claimed that this time they had Gaddafi dead to rights.'