Share All sharing options for: "A Little Roller Up Along First..." Applesauce: Plenty of Game 6 Retrospectives, Theo Introduced In Chicago, Nathan's Option Declined

Tuesday was the 25th anniversary of Game 6 of the 1986 World Series, one of the greatest games in World Series history and likely the greatest game in Mets and there was no shortage of looks back. Looks like Bill Buckner has moved on, at least, although if you saw that episode of Curb Your Enthusiasm a few months back, you probably already realized that. In "other awesome things to do with the '86 World Series" news, Darryl Strawberry says that the '86 Mets would've beaten the '98 Yankees. Take THAT!

To rebuild or not to rebuild? That is the question, proposed by SNY's Ted Berg.

Mike Diaz over at Mets Minor League Blog figures out what the Mets have in minor league second baseman Reese Havens. I think it's about time one of us sacrifice something to the baseball Gods Dickey to try to keep this guy healthy for a full season.

Finally, the Twins notified righty Joe Nathan that his option for 2012 will not be picked up. Nathan is certainly somebody to watch this offseason as he could be a potential closer target for the Mets.

Theo Epstein was introduced as the Cubs President of Baseball Operations. Competence on the north side of Chicago? Be afraid, National League. Be very afraid. Meanwhile in Boston, Ben Cherington was announced as the Red Sox new General Manager and he's promising changes. Also announced today by Cherington was that righthander John Lackey will have Tommy John surgery on his pitching elbow and will miss all of 2012. Well, good luck with allllll that, Boston!

Over at Baseball Nation, Al asks the question that many seem to be asking now: Why exactly are Joe Buck and Tim McCarver still calling the World Series? Anything that helps Fox receive the message sooner is a positive in my opinion. Change is long overdue.

The baseball season is ending but it looks like the hot stove season is starting to heat up.

Want to know about free agent relief pitchers who will be available this offseason? Fangraphs has an informative look at that market. I didn't realize he was a free agent but Rockies set up man Matt Belisle might be an interesting, cheap closer option for the Mets next year since he doesn't have all the SAVEZ racked up.

Finally, everybody point and laugh at Tony LaRussa! 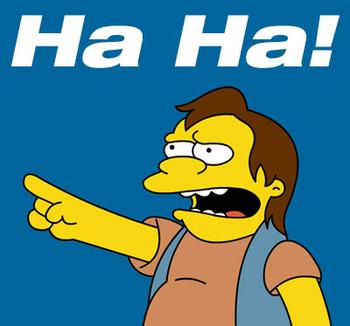