Share All sharing options for: Let the 2011 Winter Leagues Begin!

For those that may have missed it, the Winter League baseball season began yesterday with Opening Day of the prospect-studded Arizona Fall League -- the Caribbean Leagues will soon follow in the next few weeks. It is certainly an interesting time of year for us prospect watchers as we get to see how some of the Mets best and brightest minor leaguers fare against more advanced levels of competition. And in recent years it's pretty much the only semblance of Mets baseball stretching into October that we've got.

As usual the AFL takes the cake as the Mets have sent eight of their most interesting prospects out to play in the dry AZ air against some of the best prospects in all of baseball, including guys like Mike Trout, Bryce Harper and Gerritt Cole. On the pitching side, hefty lefty Robert Carson will be making a repeat appearance along with second half revelation RHP Collin McHugh and SAL ERA champ RHP Taylor Whitenton.

Of the position players, we'll see Futures Game representative 3B Jefry Marte (pictured), the emerging C Juan Centeno and 2011 stud OF Juan Lagares. Unfortunately, Reese Havens was pulled after the club decided his time would be better spent catching up on conditioning -- he lost 20 lbs over the course of this season. In his stead, we'll see Savannah's slick-fielding IF Wilfredo Tovar. In addition, starter Brandon Moore was originally slated but is ineligible after a 50-game September drug suspension; he'll be replaced by reliever RHP Erik Turgeon.

We've reviewed most of these guys previously so I won't go into too much detail there but at the very least let's look at yesterday's results (box): 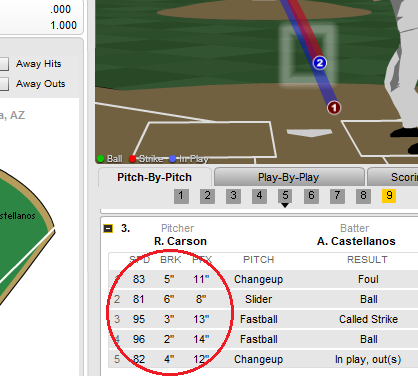