Share All sharing options for: Saying Goodbye To Nick Evans

When we inadvertently created the "Who?" meme to describe Nick Evans's lack of attention from the organization two or three years ago, none of us had any idea we'd be sitting here today eulogizing the greatest mediocre baseball player to wear a Mets uniform since, I don't know, Jay Payton? Few players have stumbled through the Mets' farm system, mashing lefties and breaking hearts the way Evans has.

It's hard to say what drew us to him in the first place. He was a modest prospect at one point: John Sickels ranked him ahead of Ike Davis, at tenth overall, back in December 2008. There was also his legendary big league debut in Colorado when he smoked three doubles and knocked in two runs in a 9-2 Mets victory. And who could forget his boyish good looks and his dark amber waves of mane?

But mostly it's the fun we had pleading the case for a decent ballplayer to whom we happened to develop an irrational, emotional attachment. And now Nick "Who?" Evans has signed a minor league deal with the Pirates, whose logo has officially been changed to this. It's a positive move for Evans, who was endlessly shuffled back and forth to Triple-A over the past two seasons, grabbing a few at-bats here, clearing waivers there, collecting a big league salary here, riding the bus to Buffalo there.

The superstar players put butts in the stadium seats, but as often as not it's a player like Nick Evans who makes the game a little more fun for all of us. Godspeed, little doodle.

As is customary here, we say goodbye to Nick Evans via MS Paint: 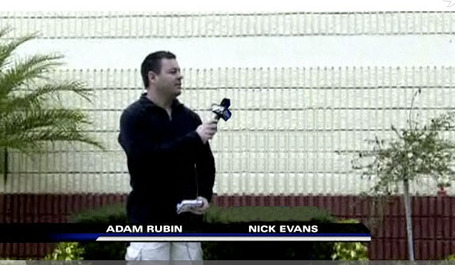 Getting interviewed by Adam Rubin 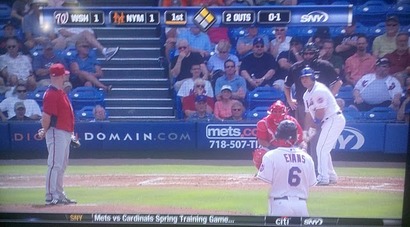 An empty uniform runs the bases (The Apple) 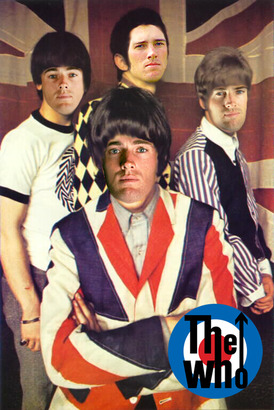 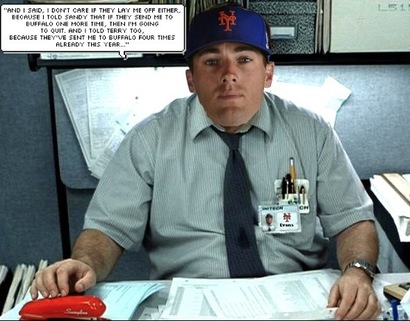 Enjoying a stretch in Port St. Lucie (The Apple) 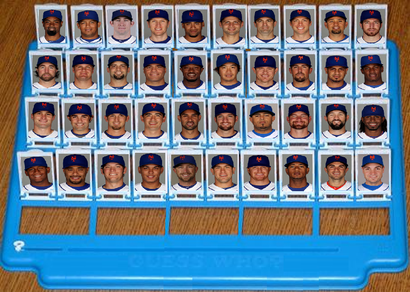