Share All sharing options for: Mets Lose Out On Yu Darvish, Still Contenders For Du Yarvish

The Texas Rangers have won the rights to negotiate with Japanese superstar pitcher Yu Darvish, having submitted a bid of $51.7 million to his former team, the Nippon Ham Fighters. The Rangers will now work with Darvish and his agent, Don Nomura, to settle on contract terms which will be fair to both sides. Darvish has neither the leverage of considering offers from multiple teams nor the experience competing with players as good as those in Major League Baseball, so he isn't likely to receive a deal as lucrative as the one recently departed Rangers pitcher C.J. Wilson signed with the Angels — five years and $77.5 million.

The Mets opted not to even submit a bid for Darvish, though our sources indicate that they're heavy favorites to land German-Indian honk baller Du Yarvish. Yarvish is a complete unknown stateside and is said to exist only within the deepest recesses of my cerebral cortex. Yarvish visited Citi Field last summer, during which trip a passerby had the good fortune of snapping the only known photograph of the dapper gent.

Here is that photo: 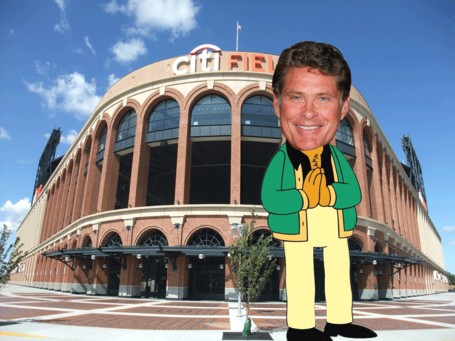