I was reminded that Pat Mahomes once existed by a recent story in the FanShots from GenJackRipper. And wouldn't you know it, a couple days later I found his card among my stack of childhood heroes.

Obviously the card is worth less than nothing. Hell, he's not even on the Mets at this point. But there was clearly a point when I felt this thing was really valuable. Valuable enough to add to my stockpile for all these years. I mean it was sitting between a couple of Mike Piazzas and a stack of '86 Mets.

I can vividly remember that early stage of fandom where Christmas meant a new haul of baseball cards. And at that point even the relief pitchers out at Shea were a huge deal. Good or bad, didn't matter. Literally; before I knew much about statistics they were all good in my ignorant little mind. Obviously they were good, because they were on the Mets. Pat Mahomes was good because he could throw hard. Dennis Cook was good because he could throw left-handed. And obviously Turk Wendell was a legend among the 10-12 year old demographic.

To that end, Mahomes endeared himself even further during his first of two seasons on the Mets by going 8-0 over 39 relief appearances during that fateful '99 season. Nevermind his 4.80 FIP or his 5+ BB/9, for a 12-year old 8-0 is a really big deal. Ah the sweet, simple ignorance of youth.

It may seem a little silly, a little ridiculous and just downright wrong at this point. But honestly, who among us wouldn't trade our beloved analytics to go back to watching baseball through those innocent, rose-colored glasses if we could?

So on Christmas Eve I present you the gift of this 1992 Upper Deck Pat Mahomes -- may the 12-year old in you rejoice: 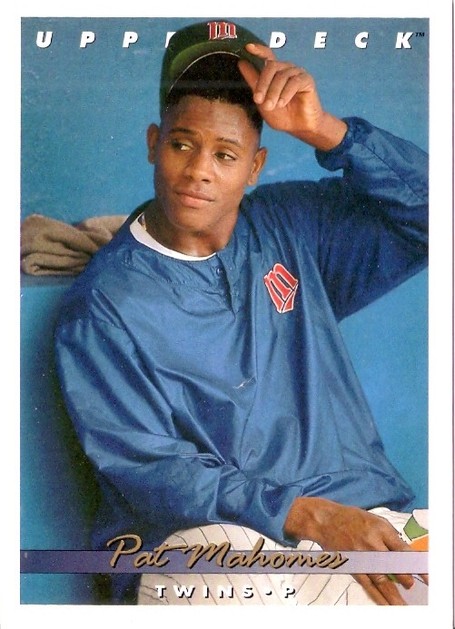 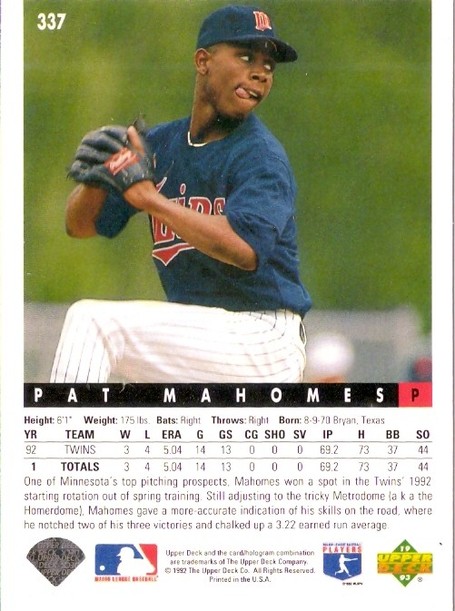