I don’t know how many of you guys are memorabilia collectors; I myself am not really big on it but I know a few people who are and I must admit, it’s kind of cool when you can say you’ve got a print hanging in your den signed by Bill Buckner & Mookie Wilson. Or perhaps a light bulb from the old Diamond-vision on your desk. Or maybe the old right field foul pole from Shea in your study.

Either way, it’s cool. And though I’m no collector, in my travels as a Mets fan I’ve managed to accumulate a bunch of random crap artifacts that are not quite memorabilia but are all kind of interesting in their own special ways:

**Click on any of the photos below to embiggen 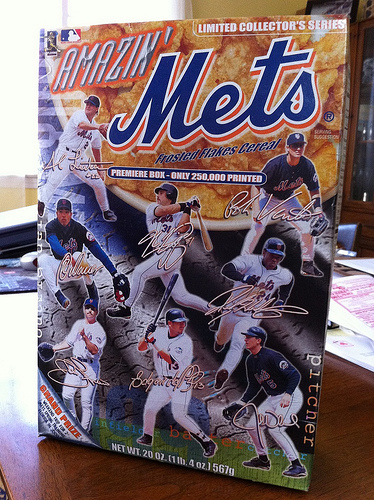 I'm gonna start with the pièce de résistance. That's right, there was once a breakfast cereal with Rey Ordonez on the box. The official Amazin' Mets Frosted Flakes Cereal. Yeah, pretty weird. Even weirder, I still have it...unopened. I'm saving it for the right day; you know, to gain their strength. 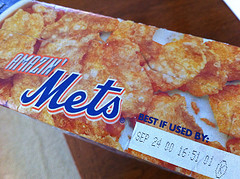 And on that day, obviously the formaldehyde keeping this stuff from rotting will clearly kill me. 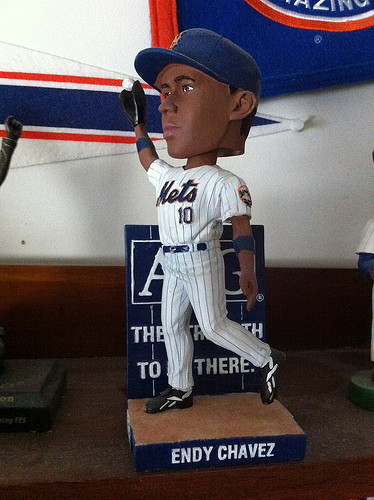 I'm sure most of you guys have seen this one. I've gotten many of the giveaway bobbleheads but this one is by far the best. It's made a lot more awesome by the fact that not only was I there for the catch but I was in the picnic section, right over his shoulder. 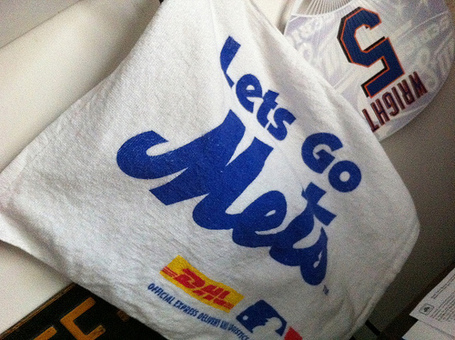 One of the impromptu rally towels from that night. I'd probably give up my car before I gave up this towel. 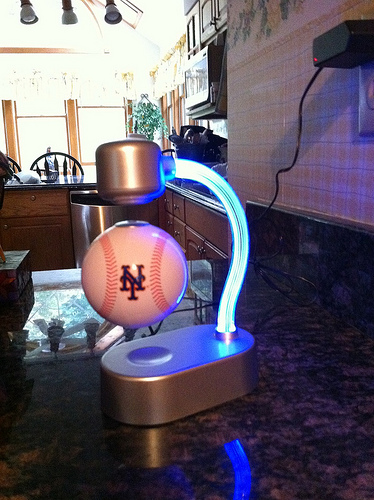 Still don't know what to make of this complimentary gift that the team gave to 2010 ticket plan holders. 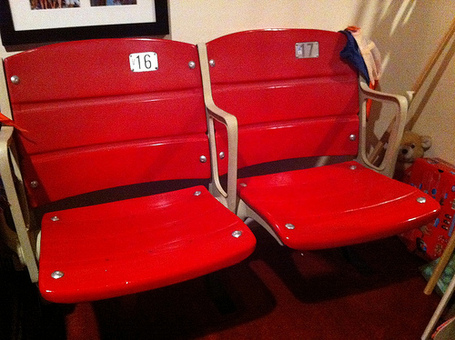 Yes, we got a couple of our old Shea seats for christmas a couple years back. My fiancee's parents delivered big time on that one. 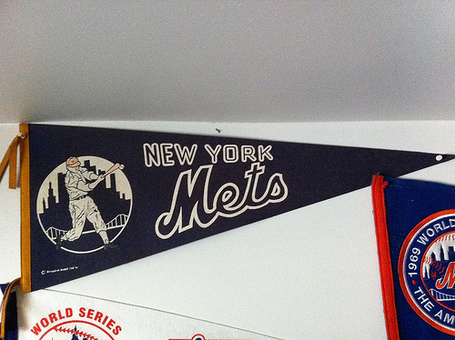 The one piece that probably fits under the classification of memorabilia is this original Mets pennant from 1962. Another christmas gift, this time from my mom who found it at one of those baseball card expos. The orange was a much yellower shade. 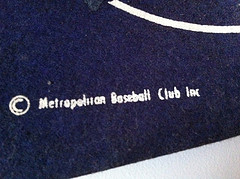 Obviously this was long before the 'Sterling Mets' parent company. 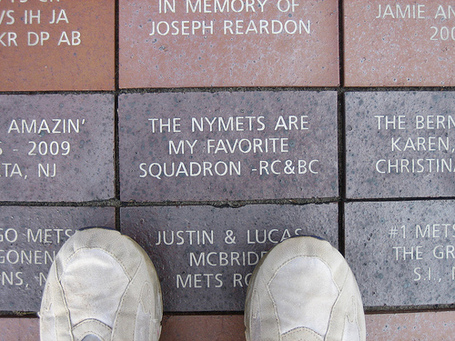 This is our brick, it's duplicate is sitting in my room. And if you haven't noticed, yes I enjoy 'The Simpsons'. 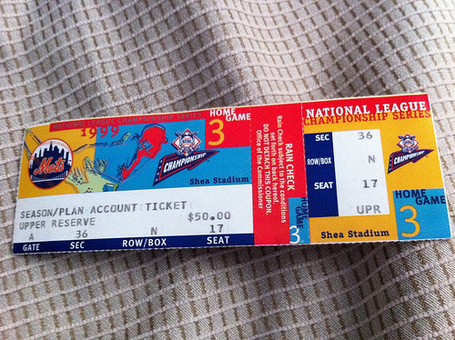 Another remnant from an unforgettable game at Shea: An unused ticket from the '99 NLCS Game 5, otherwise known as the Grand Slam Single game. The last guy in our group backed out so we had this extra ticket and after the result I've pretty much kept it under glass ever since. 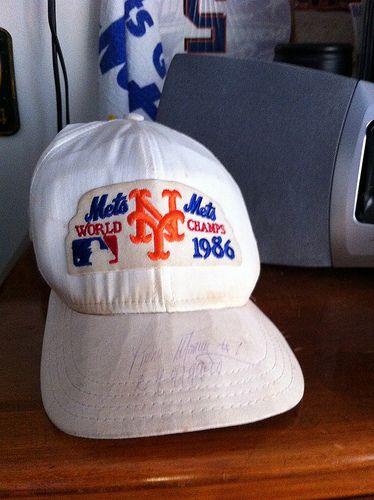 And finally my favorite hat, this '86 World Champs Mets hat -- which is a clear bootleg -- is pretty awesome in it's own right. But you have to zoom in to understand what makes it my favorite... 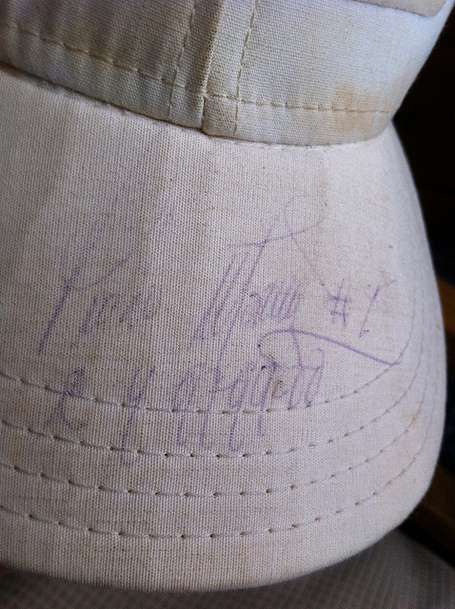 ...yes, that says 'Pedro Martinez #45  CY 97-99-00'. It's faded because it was pouring rain that day on the flooded Hutch when he signed it. But that's another story for another day.

So that's about it for my weird collection of random Mets stuff. Feel free to post some photos and/or descriptions of your favorite memorabilia/cool Mets junk below.