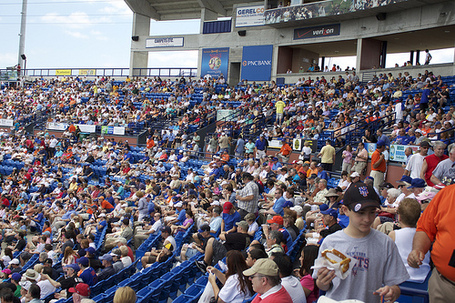 Pretty huge crowd for game #1. I will say there were a lot more Braves fans than I expected. 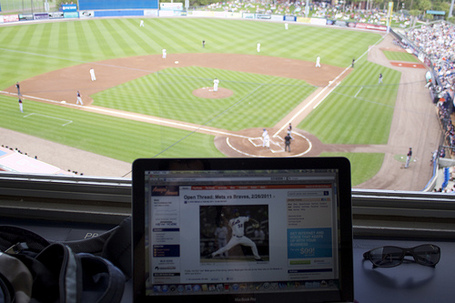 The view from the press box. 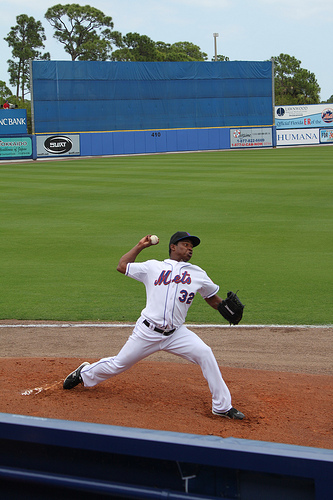 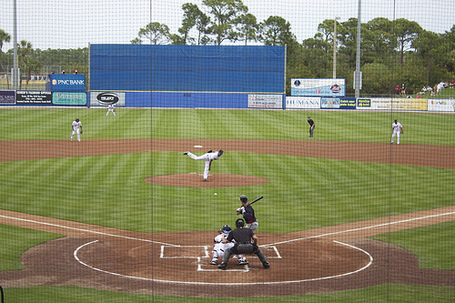 Mejia delivering the first pitch to Braves CF Jordan Schafer who he would ultimately strike out. Mejia looked strong today, a little wild at times but overall the velocity was good for this point in the spring and both he and Collins mentioned afterwards that his curve really showed great improvement today. 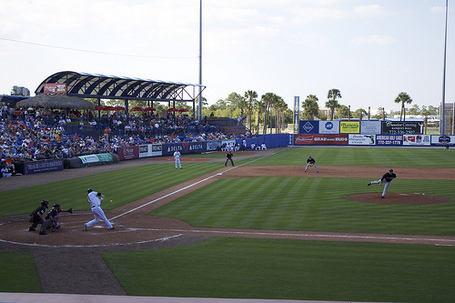 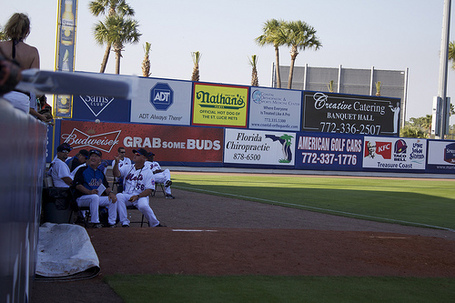 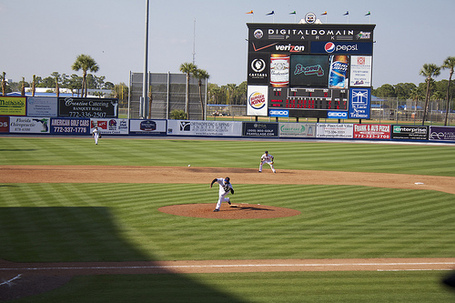 Rule 5 draftee RHP Pedro Beato delivers his impressive fastball, which topped out at 94 mph today. He did surrender a bomb to Eric Hinske but overall he still looked pretty good. 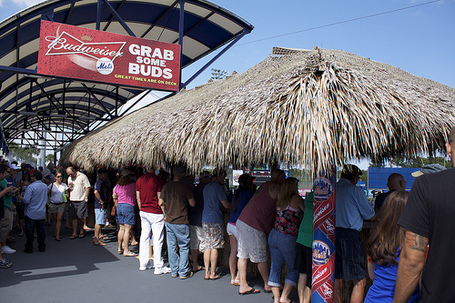 The Tiki Bar was a popular spot all day, for good reason. 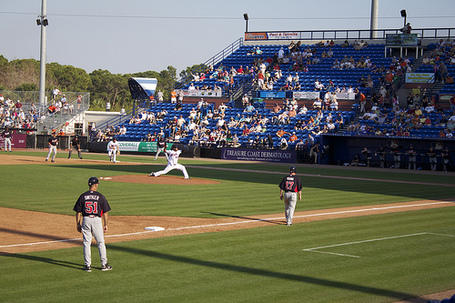 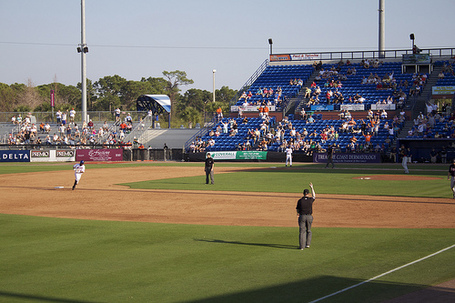 OF Willie Harris rounds the bases after tying up the game with a 2-run jack in the bottom of the tenth. However, the game would ultimately end in a tie in ten innings at the behest of both managers. 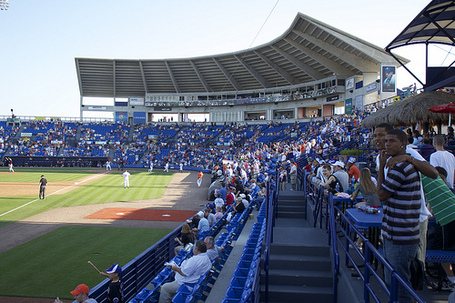 For a whole lot more photos from today's game as well as all of my photos from spring training click here!