Share All sharing options for: NYC Calls in its Closer: Eminent Domain 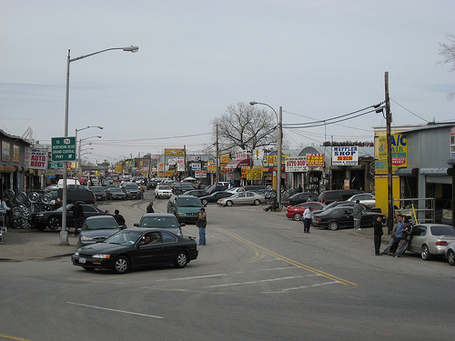 Things may have been quiet in Willets Point lately, but it's been reported that New York City is now prepared to begin the eminent domain process on the Iron Triangle holdouts so that it can clean up the area and develop it into a brand new neighborhood adjacent to Citi Field. After years of negotiations with property owners in the area, the New York City Economic Development Corporation already controls 88% of the land scheduled to be a part of the first phase of the project. Now they'll be calling up on their relief ace, if you will, to seal the deal.

Eminent domain is an ugly term, but it stands to reason that the types of businesses in Willets Point don't depend on their current location for success and could do well in other nearby places. In addition to the fact that the lack of a neighborhood is a missed opportunity, Willets Point is an environmental mess and is in desperate need of a cleanup. Throughout this process, eminent domain was considered a last resort. Given the amount of agreements already reached with property owners, it's fair to say that is indeed the case.

Converting 88% control of the first phase area to 100% won't happen overnight, but it looks like there's a good chance that it will actually happen. That's good news for Mets fans, as the Citi Field McFadden's would really just be a sneak preview of even better things to come on 126th Street.