Per Jon Morosi of FOXSports.com, the Mets have signed RHP Dale Thayer, most recently of the Rays, to a minor league deal sans invite to spring training. Thayer has a career 8.3 K/9 and 3.0 BB/9 in 204 Triple-A innings. He appeared in just 12 games for the Rays in 2009 and 2010.

Perhaps most importantly, he has (or had?) an awe-inspiring mustache. 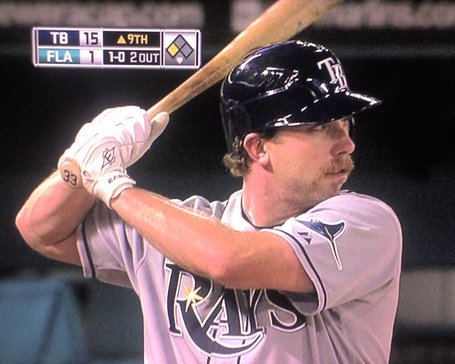 So celebrated is Thayer's mustache that during one game in 2009, the Rays' bullpen wore Thayer staches in honor of their comrade's luxuriant flavor saver. 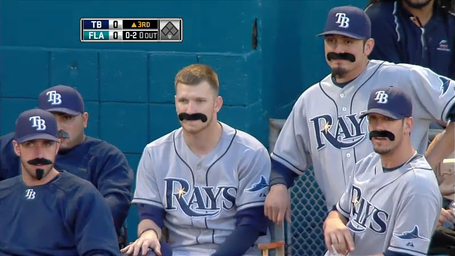