Probably one of the coolest cards that I own, this 1988 Topps USA Baseball Robin Ventura card is like a pre-rookie card I suppose. Too early to reflect any of his pro stats, the card highlights his legendary playing career at Oklahoma State, including his record 58-game hitting streak which still stands to this day.

His senior year he brought the team to the College World series where they'd lose to Jack McDowell's Stanford Cardinal. However, not only did Ventura bat .364 during the series, he also won the Golden Spikes award as the best amateur player in the country. Oh and that 1988 USA Olympic team went on to win a gold medal; Ventura batted .409 throughout the games. 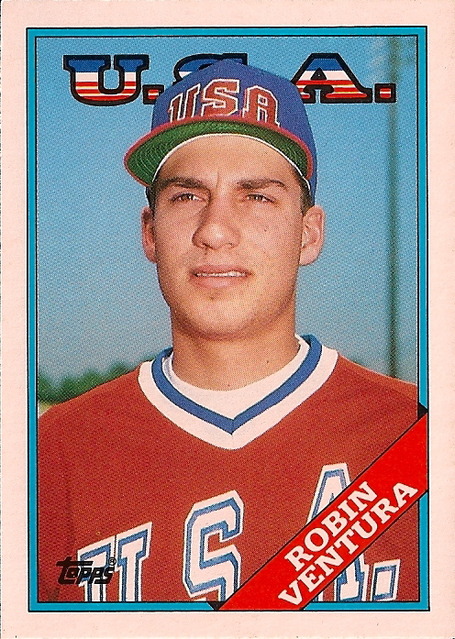 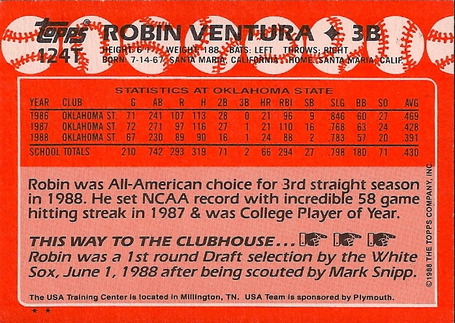