In honor of the announcement of his retirement earlier this week, let's take a look back to where it all began for Carlos Delgado. Like Robin Ventura last week, this is something of a pre-rookie card as Delgado only appeared in two major leaue games in 1993. For you younger folks, yes you read that right, Carlos started life as a catcher. And as amazing a fantasy player as he would have been, he wasn't great behind the dish -- thus the two appearances in his major league career there -- so after a failed experiment in left field with the Blue Jays, Delgado wound up at home at first.

For some perspective on just how consistently good Carlos Delgado was, he is one of only six players in major league baseball history to hit 30 home runs in ten consecutive seasons (ARod, Bonds, Pujols, Foxx and Sosa). So feast your eyes on this 1993 Upper Deck Top Prospect Carlos Delgado card. 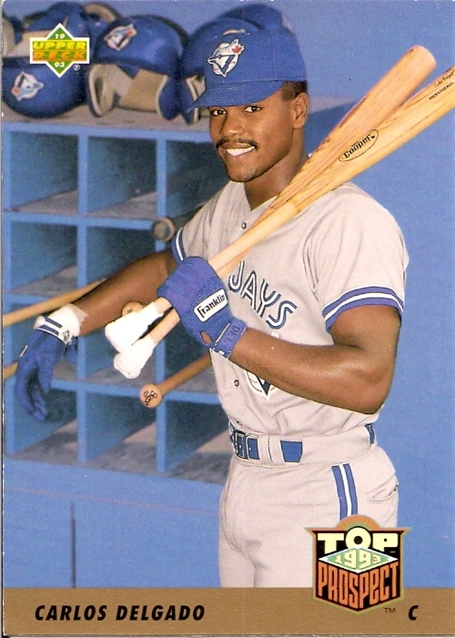 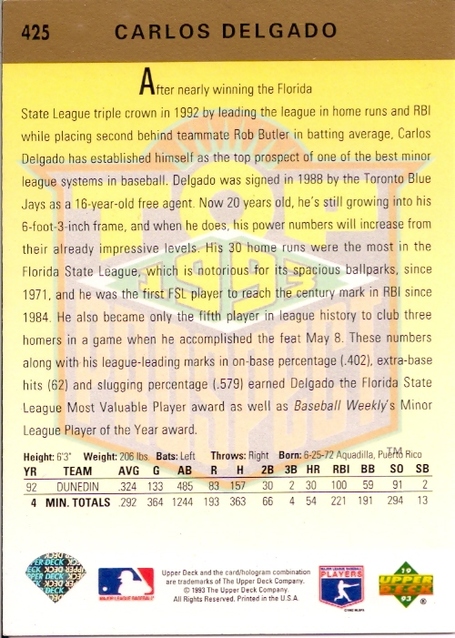