Share All sharing options for: Series Preview: Mets vs. Astros 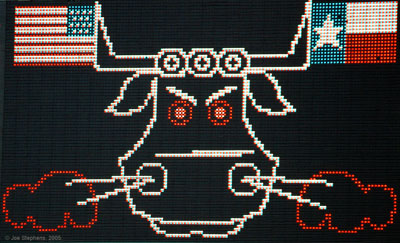 Last series: split 4-games in Houston against the Padres

Who's not: Wandy Rodriguez and our old friend Nelson Figueroa, both of whom have given up 13 earned runs in three starts

Best name on the 40-man roster: Jason Bourgeois. What a sell out, man.

The This Guy Kills Them Award: Jason Bay, who will reportedly come off the DL in time for the series finale on Thursday, has 15 homers and 53 RBIs in 65 career games against Houston

Long story short: In my MLB previews elsewhere, I said the Astros might be the worst team in the majors, since they had little hope for this year or the future. Sure enough, they're currently playing at a .313 clip--the same as the Mets. Their woes can be attributed to the same source as the Mets' can: a pitching staff that has given the offense little margin for error. Also similar to the Mets, the Astros have lost a few squeakers in the past week, showing enough fight to make things close but not enough to win.

Unlike the Mets, who are mediocre, I believe the Astros as currently constituted are a bad team. If the Mets are truly better than what their record reflects (debatable, granted), they should be able to take this series from a struggling team that is just embarking on a grueling road trip. If not, prepare for more weeping and gnashing of teeth on the airwaves.