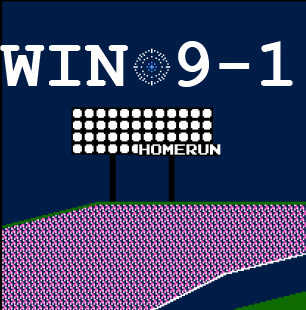 The Mets finally won another game, their first in the series against the lowly Houston Astros. Clearly the Mets won the game because Terry Collins got all fiery and earned his first ejection as manager of the team in the first inning. After all, managerial ejections = WINZ! If you missed it, Collins had every right to argue a blown call by the home plate umpire, who missed the fact that Mike Nickeas caught a foul tip for what should have been a strikeout.

If you're of the mind that the players on the field play the biggest role in determining the outcome of a baseball game, the Mets excelled in that regard, too. For a team that has played poorly in all aspects of the game, they looked like a well-oiled machine this evening, scoring runs, pitching well, and playing mostly strong defense.

Chris Capuano gave the Mets one of their top starts of the young season, throwing seven innings, striking out four, walking two, and allowing only one run on an even 100 pitches. In addition, nine of his sixteen other outs came on the ground. All in all, it was a fine outing from Capuano.

The scoring began for the Mets with Nickeas's first big league home run, a solo shot that came in the third inning. David Wright did the same in the fourth inning right before Carlos Beltran, Jason Bay, and Ike Davis combined to produce two more runs. Not to be outshined by his teammates, Wright drilled a double to the left-center field gap in the fifth inning, plating two insurance runs. That appeared to be all for the Mets until Bay came to the plate with two outs in the eighth inning and Wright on first base. Bay hit a can of corn to shallow right field, but Hunter Pence turned it into a four-base error that allowed Wright and Bay to score. Davis added to the already comically bad inning for the Astros with a moonshot of a home run to dead center field. And to top things off, they didn't even attempt a bunt.

Taylor Buchholz threw very well in the eighth and ninth innings, giving the rest of the bullpen a night off while recording two strikeouts of his own and only one baserunner. The only negative from the evening came when Angel Pagan made an early exit with a pulled muscle in his side. Pagan hopes to only miss a day or two, but in the meantime, enjoy a little more Willie Harris exposure while the Mets attempt to put their ideal top-six back together again. 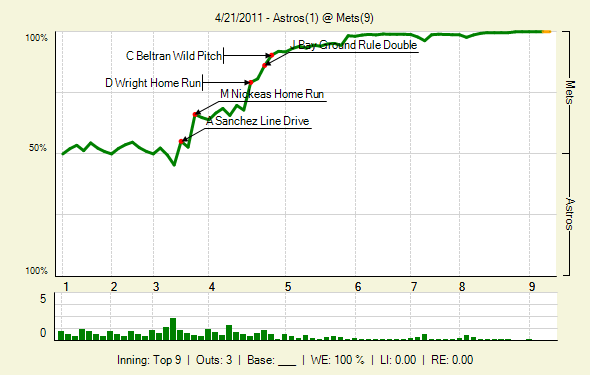 Last but not least, h/t to CTRefJay for providing the inspiration and background for the WIN image.