With the Astros in town this week and all of the resulting discussion about the '86 NLCS, I figured it might be a good time to feature someone from the Mets all-time antagonist squad, Astros starter and Met-killer extraordinaire Mike Scott.

As part of the SNY broadcast earlier this week, Gary and Ron recalled that Scott was absolutely 'in our heads' during that series and that there was a feeling throughout the Mets locker room -- especially with Gary Carter - that Scott couldn't be beaten. They said that if it had gone to a Game 7 against him, the Astros probably would have prevailed. So dominant was Scott during that series he was actually the first player to ever be awarded with the NLCS MVP as part of the losing club.

Fun Fact: Scott was denied his second no-hitter on June 12, 1988 when then Atlanta Brave Ken Oberkfell singled to right with two outs in the ninth inning. Nice one Obie.

So there you have it, the 1985 Donruss Mike Scott: 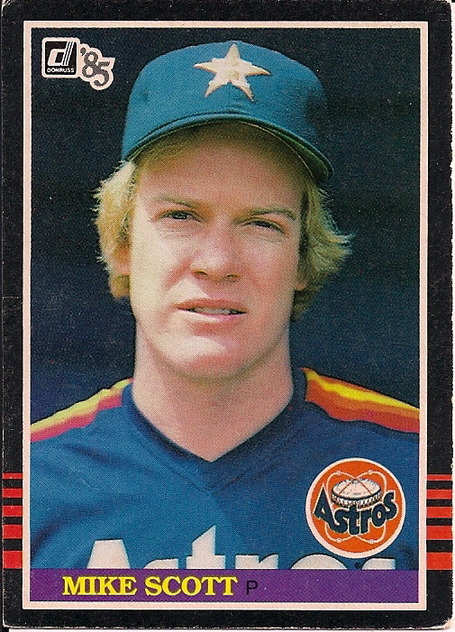 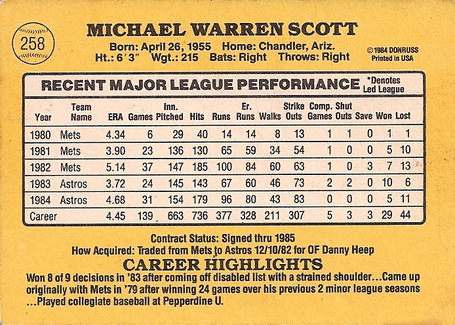