This week featured some wins for a change. Here's to some more against the Nats and Phillies, starting Tuesday. Now on to SNY.

We'll start off with the very minor controversy involving R.A. Dickey's in-game conversation with Fox broadcasters Matt Vasgersian and Tim McCarver. It was during game one of the Braves doubleheader on April 16th. The questions were less about the current baseball season and more about Dickey's planned summit of Mount Kilimanjaro next offseason. SNY analyst Bob Ojeda was critical of Dickey during the postgame show. Here are his comments, via Bob Raissman of the Daily News:

"When you got one of your pitchers talking during the game about what he's going to do next winter, that's inexcusable. That's a mental error as far as I'm concerned. We're in April and you're worried about next January?"

Ojeda later acknowledged that there was a good chance Dickey didn't know ahead of time the questions to be asked of him. Still, Ojeda didn't care for the timing of it all. We tend to agree but would place most of the blame on Fox for the discussion topic. There are plenty of stimulating baseball-related questions to ask R.A. Dickey and offseason talk can wait for later in the year. The Dickster gave straightforward answers to Fox's questions -- it's tough to fault him here. 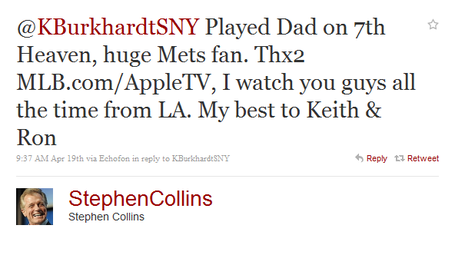 No love for Gary Cohen? KB appreciated the kind words:

A tweet from Jessica Biel would have been better but Reverend Eric Camden will do. 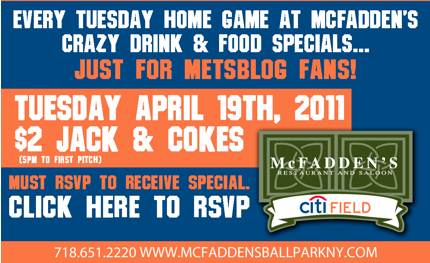 "Come to Citi Field and get ABSOLUTELY HAMMERED!"

"Black out at McFadden's so you won't remember tonight's loss to the Astros!" 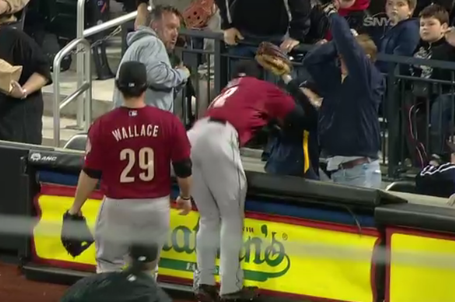 The Keith Hernandez Fashion Show continues. Few men are able to pull off a leather blazer. Keith knows he can: 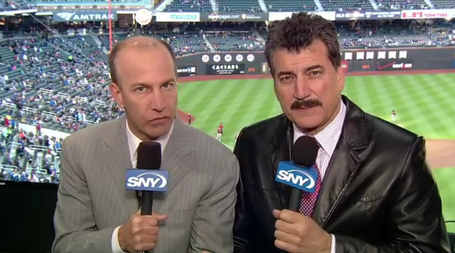 SNY captured a giddy Pedro Beato on the first day of school: 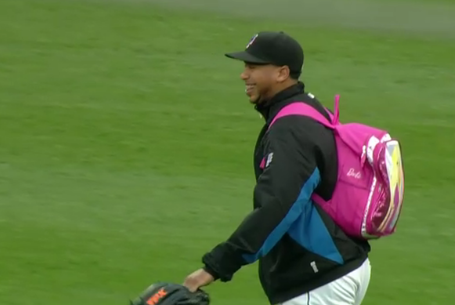 Here is SNY's graphic to demonstrate an oblique injury: 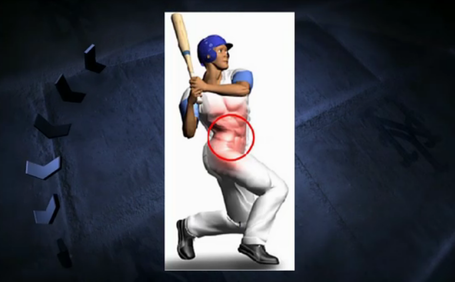 Seems a little gruesome, like graphic guy is starring in a Quentin Tarantino baseball movie. Blood red was a bad color choice. 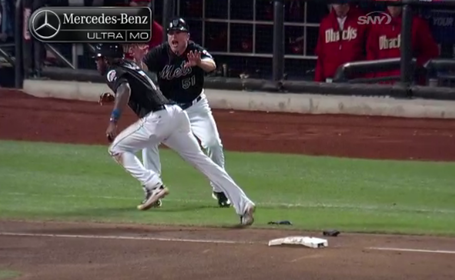 "For the love of Cookie Rojas, please stop!" It may not look like it but Reyes held up in time to make it back to third base. Listen to Chip Hale, for he is wise. 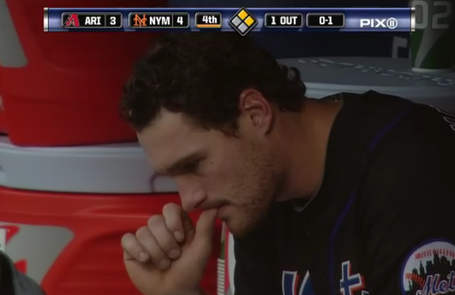